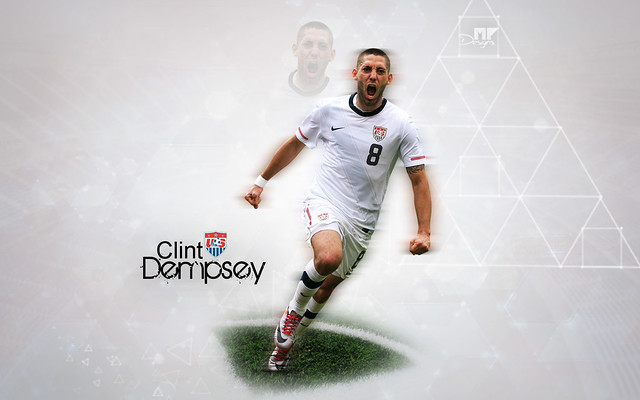 There was no celebration, no puff of the chest and no over exuberance from Clint Dempsey. The American forward had scored a goal and, much like Mario Balotelli, seemed to view it as no more impressive than a USPS employee delivering the mail.

A devilish free kick that kissed the underside of the bar this past weekend against FC Dallas — this was the Clint Dempsey Seattle Sounders fans expected when he was unveiled at Century Link Field in July last year. Arriving off the back of an acceptable showing at Tottenham, the Texan born forward decided he wanted to be back in Major League Soccer, to make an impact on the league’s future.

It wasn’t plain sailing though. Dempsey started slow, and as the hype machine continued to crank, with it came a pressure that seemed to disrupt Dempsey’s flow.

It was a situation that wasn’t helped by a loan spell with Fulham. Dempsey had likened Craven Cottage to ‘home’, but it did not prove a safe haven. Playing just a handful of games, Dempsey quietly departed the pitch after his final appearance, albeit without regrets as he told Bleacher Report:

“I knew they were down toward the bottom of the table and it was going to be a difficult situation that I was going into. I wanted to come back and get back to playing with some of the best competition, work on my fitness and form and try to help the team as much as I could.”

Heading back to Seattle, Dempsey nestled into the club’s preparations ahead of a new campaign. Speaking to Associated Press in February he said: “It’s been tough, but also it’s been good for me, trying to get back to fitness and feeling good, coming off an injury towards the end of the season with the national team,” he said during a telephone interview Thursday. “It’s good to get some games, some minutes over here, but unfortunately the results haven’t been going our way. But I’ve still got a month left and hopefully we can start getting some points.”

Thus with the new season approaching, there was a sense of intrigue enveloping the Seattle training camp. A new question, one previously unthought of had emerged: will Clint Dempsey perform?

The answer it seemed from the start of the season was yes. A goal against Toronto FC, his impassioned celebration felt like the subtle lifting of weight from a man’s shoulders. Although the game resulted in a loss, he would eventually have his special moment with Seattle’s fans.