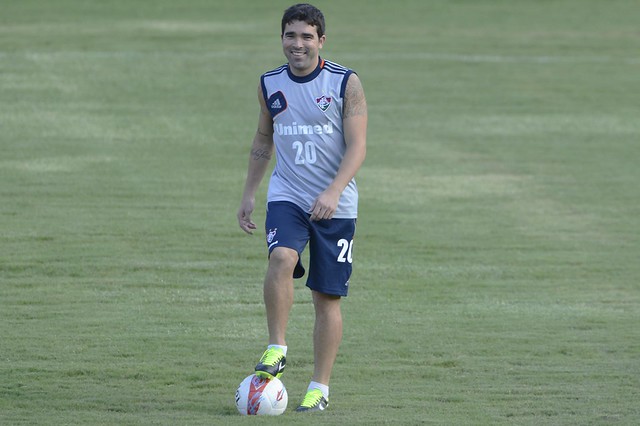 Nearly a year once Portuguese international Deco announced his retirement from soccer, he’s back in the spotlight with a vengeance. The former playmaker was cleared on Thursday by the Brazilian Court for Arbitration of Sport but he is now considering taking legal action against the World Anti-Doping Agency, WADA, as well as Brazilian-based Ladetec.

“I will speak to my lawyers and then decide what to do,” said Deco in a statement he released today. “If there was an error, both the WADA and Ladetec should be responsible.”

Last year, Deco was suspended after he took a drug test prior to the beginning of the Brasileirão tournament last season with Fluminense. In this test, he turned out positive for two illegal substances, one of them being the diuretic hydrocholorthiazide as well as tam by Ladetec. This is the same organization that lost their accreditation when tested by WADA in August of 2013.

Because of this issue, FIFA will be forced to send urine and blood tests collected from players participating in the World Cup to Switzerland due to the decertification.

The 36-year-old also mentioned that during this past year he lost plenty of opportunities due to being falsely accused.

The two-time UEFA Champions League winner was part of the Portuguese national team that lost the final of Euro 2004 in their home country and reached the semifinals of the World Cup back in 2006. He was regarded one of the best players among Portugal’s golden generation but his legacy has taken a hit due to the drug test results but he plans on doing whatever it takes to clear his name and become a positive figure in soccer again.