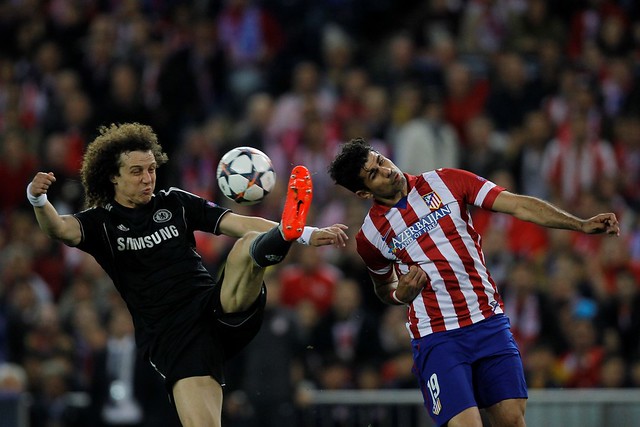 Didier Drogba spoiled Chelsea fans. The Ivory Coast international arrived at Chelsea in July 2004 for the bargain price of £24 million and made an almost immediate impact, helping lead the club to its second-ever top-flight league title in his first campaign.  Throughout his tenure with Chelsea, Drogba consistently bailed Chelsea out at the end of close matches, scoring last-gasp equalizers and putting winning goals into the back of the net seemingly out of nowhere. Those crucial skills of Drogba were the difference between making Chelsea winners or losers.

Ever since he left for Galatasaray S.K. after sealing the 2012 Champions League title for the Blues with the match-winning penalty kick, Chelsea’s attempts to replace him have been largely unsuccessful. Fernando Torres, Demba Ba, Romelu Lukaku, and Samuel Eto’o have all been brought in to take his place, but none have lived up to their expectations or price tags. Rather than go with any of these options in the first leg of the Champions League quarterfinal against Paris Saint-Germain (though admittedly Eto’o was injured), Mourinho started wide attacker Andre Schürrle in the number 9 role. After the defeat, the Special One was left to rue the club’s absence of “real strikers.”

Although Ba has scored some crucial goals in the last few weeks, including the winner against Paris Saint-Germain, he is not expected to be part of Mourinho’s long-term plans, as rumors of a summer move for a pricey new striker such as Atletico Madrid’s Diego Costa continue to grow. Chelsea fans also are forced to watch former Chelsea forward Daniel Sturridge find the back of the net seemingly every week for Liverpool (20 goals in 27 matches), but even more confusing is that Sturridge seems to have discovered the ability to “pass” since he moved north as he has tallied 7 assists this campaign to compliment his goal-scoring prowess. Interestingly enough, Sturridge was never given a proper run in the number 9 role during his tenure at Chelsea, as every manager chose to play him out wide. Once he was moved inside at Liverpool and played off of Luis Suárez, he has flourished.

The banner Chelsea fans have displayed at every match at Stamford Bridge this year proclaims “Drogba Legend” and hangs over the heads of whoever takes on the striker role for Chelsea. Tomorrow evening at the Bridge, Diego Costa will take the pitch for the opposition, but as of the time of writing represents the best chance of anyone in the stadium living up to Drogba’s legacy.  Until such time as someone can, the club will never live up to its fans’ expectations.