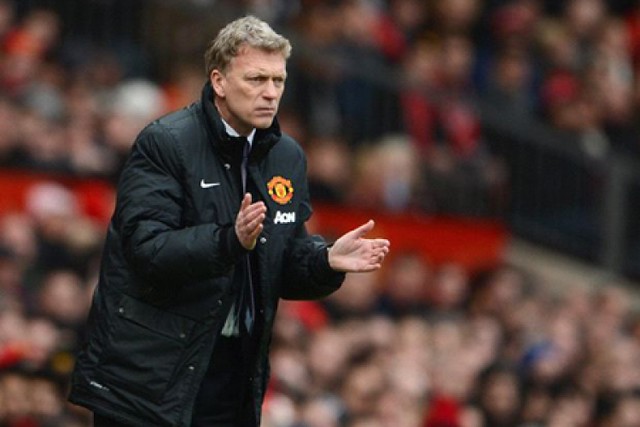 For those who are unaware, “Shock and Awe” is a military doctrine based on the use of overwhelming power and spectacular displays of force to paralyze an enemy’s perception of the battlefield and destroy its will to fight.

>A high profile example of this tactic took place in March 2003 when the United States and its allied forces launched a massive aerial assault against Iraq following its government’s continuous breach of U.N. resolutions.

At the time, General Richard B. Myers stated that a precision hit every minute would produce “a shock on the system,” a shock so great that “the Iraqi regime would have to assume early on that the end was inevitable.”

Unlike the US and its allied forces, Manchester United and David Moyes are downplaying their transfer market maneuvers prior to the opening of the summer window.

In the manager’s Friday press conference he stated:

“I’ve got to say I’m well into my planning with my thoughts and ideas getting ready for next year. It will probably be after the end of the season before anything takes place, but we have got to look to do one or two things. It’s difficult as players are going to be going away for the World Cup so it’s maybe not quite as easy as ideally all clubs would like to get the work done early. We cannot guarantee it, but will try to make that happen.”

Manchester United’s dramatic fall from champions of England in 2013 to fighting for Europa League qualification this season, has led to the Glazers presenting David Moyes and CEO Ed Woodward a huge transfer kitty to spend on repairing the damage to United’s aging and underachieving first team squad.

Media reports have suggested that United’s owners have handed the Scottish manager a war chest of anywhere between £100-200m.

So, for the past few months, any time Manchester United has had a break in its fixture list, Moyes and his staff have been traveling across Europe. The club’s coaching staff and scouts have identified, evaluated, recruited and schmoozed numerous players and agents over that period; knowing that they would have to accelerate their efforts in order to secure moves before the World Cup in Brazil.

Moyes’ comments and poker face, which were on display during his Friday press conference, were merely a tactic to deflect the growing attention of stories coming from the press recent days. The reports, by some media accounts, are that United already have deals in place for players and/or are very close to securing those deals.

As most clubs will tell you, the most ideal way to bring in players is early in the transfer window. With football experts agreeing that it’s best to get those deals done fast so the manager can focus on integrating the new players to his squad.

The most recent example would be how Manchester City handled its transfer business last summer. Fernandinho and Jesus Navas were brought in almost immediately after the window opened, while a handful of transfers followed in the weeks and months which followed.

What makes Manchester United and David Moyes impending window so eventful is that fact that the club is desperate for new blood. And for the first time in the Glazer’s era the club is going to spend BIG to get the players they need.

The names of the players coming in, and the amount of money that United will be spending during the summer window, will be a shock to the system for many European and English clubs.

It’s something that will come as a surprise to most because for the past few years United have refused to get involved with the mega-money transfers that have taken place at Real Madrid, PSG, Monaco, Manchester City and Chelsea (with the exception of Robin van Persie’s move from Arsenal).

But David Moyes has identified his club’s targets, locked them in and will push the “fire” button as soon as the clock strikes midnight and opens the summer transfer window.

Over the past few days, numerous reports have been surfaced stating the United are close to signing Southampton’s 18-year-old left-back Luke Shaw for £30m. Should these reports be true, it would solve one of Manchester United’s most immediate needs in defense; while also allowing the young left-back a chance to strengthen his on-the-pitch relationship with fellow England international defenders, Chris Smalling and Phil Jones.

It would also serve as a “precision hit” against league-rival Chelsea, since the London club has been leading the chase to sign the young English international; who grew up a fan of Chelsea.

The next reported signing is Sporting Lisbon’s 22-year-old midfielder William Carvalho. The Portuguese international has been the target of many European clubs including: Real Madrid, PSG and Manchester City. But Moyes tireless pursuit and recruitment of the midfielder (whose attributes have been compared to Yaya Toure, Sergio Busquets and Nemanja Matic) seems to have paid off.

And the fact that Manchester United has reportedly offered £35m to the Portuguese club will have only helped the club’s chances of securing the signature of the widely sought-after midfielder.

But again, should the signing of Carvalho move ahead, Moyes will have hit at least three more European clubs with a military-style strike.

More targets will be unveiled in the coming days and weeks. The list of potential arrivals in the red half of Manchester is endless due to the fact that Moyes and his staff have scoured every corner of Europe in an effort to rebuild Manchester United’s squad.

Not to forget that United are presumably working on signing a number of  high-profile targets who (thus far) have not been reported by the media. As well as prospective arrivals, who may not be immediately recognized by footballing fans in general, but who will fill a need within the squad.

Should three or four of these additional transfers come to fruition, it would signal that David Moyes’ summer bombardment of the transfer market wouldn’t be slowing down any time soon. Which will be demoralizing information to United’s competitors, as well as exhilarating news for United supporters who have been left wounded by the club’s exclusion from next season’s Champions League.

But the club’s objective isn’t to return the club to European competition. Manchester United’s objective is to win the league and as many trophies as possible…starting next season.

“That’s what this club is all about – winning trophies. It’s not about finishing second, third or fourth and qualifying for the Champions League. We have to win leagues and have to win trophies. The boss knows that and that is what he wants to do himself.”

Moyes has spent the entire season building to this moment. The manager and Ed Woodward understand the importance of re-establishing the club as a mover and shaker in the global transfer market.

As the individual who was formerly in charge of commercial and media operations at Manchester United, Woodward understands the importance big signings will have on United’s ability to continue to attract lucrative sponsorship deals with companies from around the world.

Not only is the arrival of top class players a tactical hit against Manchester United’s on-the-pitch opponents, those signings will be a declaration of the club’s intention to remain the dominant force in the global commercial market.

Expect David Moyes and Manchester United to start their Shock and Awe campaign in a few weeks.

Although a college basketball coach for sixteen years on the NCAA Division I and II levels, Peter has been an avid football fan for more than half his life. He considers himself a student of coaching and team management. As well as coaching, Peter has spent time working in Sports Information at various colleges and universities. His articles on European football have been picked up by Bleacher Report UK, International Business Times UK and USA Today. Twitter: @CoachPeteQuinn