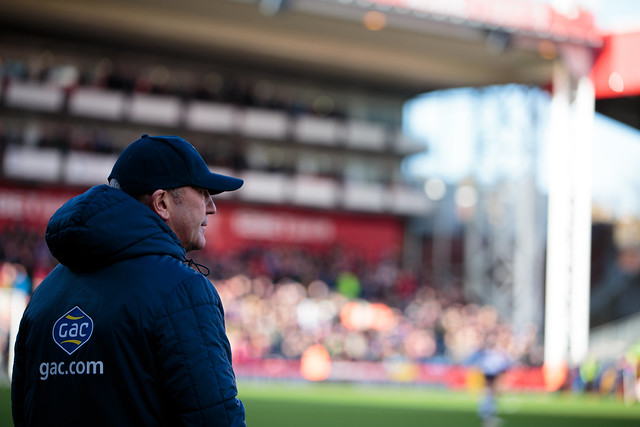 Let’s imagine, just for a minute, that Chelsea come away with a draw from Anfield on April 27. It’s certainly plausible considering the Blues’ league-high defensive record, and the irrepressible Jose Mourinho’s knack of getting his tactics in the big games spot on.

Surely then, if the ‘title decider’ ends in a stalemate, Liverpool will coast to a first Premier League title since 1990, with Manchester City unable to affect proceedings directly following their crippling 3-2 defeat last weekend and the 2-2 draw against Sunderland last night?

Perhaps not, both Liverpool and City still to visit ‘Castle Selhurst’ to battle Tony Pulis’ revitalized Crystal Palace outfit before the season is out.

As you can see, I’ve done my best to make the South East London side sound perhaps more ominous than their place in the table suggests, but there can be no denying the run they have put together in recent weeks, and how Pulis has transformed the Eagles since taking over in November, with the club then rock bottom of the league.

Only Chelsea, Everton, Manchester City, and Manchester United can boast a better defensive record than Palace this season, and they have won four of their last five games, conceding just three times.

Among the scalps claimed on their dramatic run, which has taken them to the brink of Premier League survival with 40 points now on the board, is Chelsea, who came a cropper to Pulis’ brand of survival football late last month, a brand that he has honed through years of training and experience.

As Stoke manager for the best part of seven years, Pulis gained as many detractors as he did fans during his time in the West Midlands. Constructing a team of tough tackling, hard hitting ‘players’, with 6′ 7″ Peter Crouch up top, Stoke became synonymous with the physical nature of the English league.

But Pulis kept the club up and floating around mid-table throughout his tenure, having guided the club into the top flight back in 2008.

Now at Palace, Pulis has instilled that physicality into the very essence of his new team, but this time with different attacking emphasis.

As we saw against Chelsea, Palace relied on pace on the counter against a high-pushing Blues backline. Having managed to grab a goal thanks to the forehead of the then unfortunate John Terry, Palace defended in numbers, but broke with devastating speed.

Striker Cameron Jerome ran as if attached to a rocket at times, shooting past the aging Terry with Buzz Lightyear-esque confidence. Along with Jason Puncheon and Yannick Bolasie, Jerome tore at the struggling Blues defense, and even stuck the base of the post, with Chelsea bereft of ideas up top against the inspired Palace defensive line.

They were at it again last night against Everton, with Goodison Park shaken by the lightning-fast Palace attackers. Their 3-2 win over the Champions League hopefuls was a real surprise result, considering the Toffees’ powerful run of seven straight wins leading up to the encounter, but the Eagles are flying high, and can evidently cause real problems to the very best sides in England.

While Mourinho’s Chelsea have struggled at times against ‘lesser’ opposition this season, Palace’s performance against the title hopefuls should not be understated, and their defensive record not discarded in the buildup to the visits of Liverpool and Manchester City this coming month.

Pulis himself is not too fussed at which side emerges at Premier League winners however, and while the win over Everton pushed his side up to the magic 40 point mark for the season, the Palace boss is very much focused on ensuring they keep their good form up,

“It’s as exciting a season in the Premier League as there has been for years,” Pulis told Sky Sports said earlier this week, “That goes for a lot of the clubs trying to get over the line to stay in the league for next season, and for those clubs trying to win the league.

“We play Man City and Liverpool at home but our focus is not worrying about whether we stop them from doing anything, our focus is making sure we cross the line.”

While the battle of Anfield remains the single most important remaining fixture of the Premier League season, Tony Pulis and his Crystal Palace side could well have a huge impact on the destination of the Premier League Title. Can he do Chelsea a favor, having almost put the Blues out of the race last month?