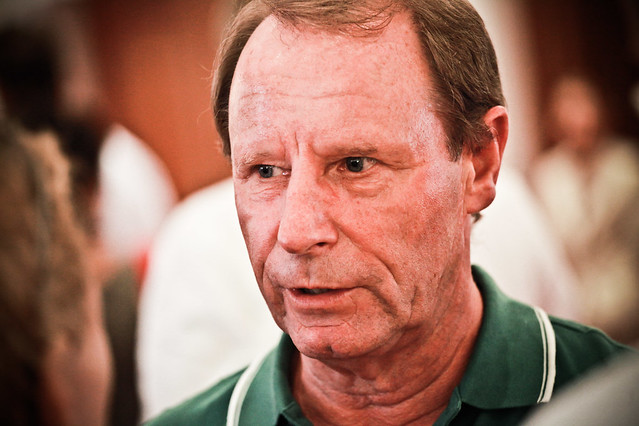 The U.S. Men’s National Team is getting more of an European flavor after it was announced earlier today that head coach Jüngen Klinsmann has appointed Berti Vogts to be a Special Advisor to the USMNT from now through the World Cup this summer.

Any fan of the Germany National Team knows Vogts and his pedigree. As a player, he won the 1974 World Cup with Germany, and later coached his nation to the 1996 European Championship, the last trophy the Germans have won.

As a player, Vogts had 96 caps for Germany. Playing 19 matches spanning three World Cups, the player, famously nicknamed “Der Terrier,” served as team captain from 1977-79, taking over for Franz Beckenbauer.

Having coached the national teams of Scotland (2002-04) and Nigeria (2007-08), he has served as the manager for Azerbaijan since April of 2008 and will continue in that role.

The relationship between Klinsmann and Vogts dates back to the 90s when Klinsmann was a player in that 1996 squad that won the European Championship. “He was my coach for Germany in the 1990s,” says the Klinsmann. “We have a great relationship. He brings a wealth of knowledge and experience, both as a player and a coach, and he knows what it takes to succeed at the highest level.”

In his new role as Special Advisor, Vogts will aid in the development of training plans, help prepare scouting reports, and travel to observe matches of the USA’s opponents in the lead-up to the tournament and in Brazil.

Editor’s note: While the appointment of Vogts is good news for the former Scotland manager, Grant Wahl has revealed that Klinsmann’s number two — Martin Vazquez — has been reassigned within USSF.

Pedro Heizer began his sportswriting career covering the Miami Heat of the NBA. Soon after, he opened his horizons and began writing about soccer in the United States on his website 90 Minutes Strong. Pedro highly enjoys watching and covering Major League Soccer and the United States Men's and Women's National Teams.