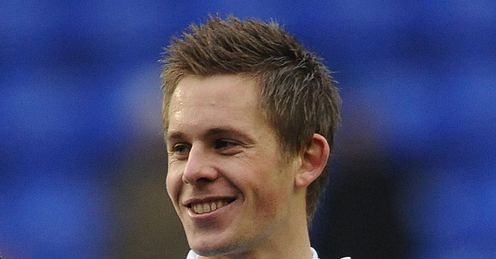 Set To Shine: Sigurdsson Is A Star On The Rise In The Bundesliga.

This match is a pivotal one as far as the relegation dogfight is concerned. Both teams play a similar system and it should be a very tight encounter. Kaiserslautern’s Srdjan Lakic and Frankfurt’s Theofanis Gekas have been banging in the goals this season, and their aerial ability and physical strength will really test their opponents’ defense. Kaiserslautern will know that if Bundesliga survival is the priority this term, then beating the teams around you is a must. The win here, for either side, could be vital come the end of the season. 2-1.

Die Hoffe’s attacking flair has made them extremely enjoyable to watch, but they’ve still been guilty of conceding far too many. Luckily, Gladbach are a side who will not likely be able to outscore their hosts, and they haven’t been very defensively sound either. Hoffenheim should have this. Demba Ba, Gylfi Sigurdsson, Vedad Ibisevic, all that attacking talent means a real test for Gladbach’s defensive stability, and defensive stability is what I really think the visitors are lacking. Gladbach will look to play on the counter-attack and break across the pitch with the pace of Marco Reus and the creativity of Juan Arango, but Hoffenheim’s probably going to have too much for their opponents at home. 3-2.