Dermot McQuarrie is the Assistant General Manager, Senior Vice-President, Production & Programming at Fox Sports International. Last week the Fox executive joined me to talk about his channel’s programming, with specific emphasis on the network’s Major League Soccer package, the goals of (and feedback on) Soccer Talk Live, and plans for their Premier League and Champions League holdings.

Tomorrow, we will talk to Kyle Martino about his role as host of Soccer Talk Live.

Also of note in the podcast, I will be giving away three scarves created by the Real Salt Lake supporters group The Royal Pride. The pink scarves can be purchased through the supporter’s group, with all the proceeds going to the Susan G. Komen for the Cure foundation, Salt Lake chapter: 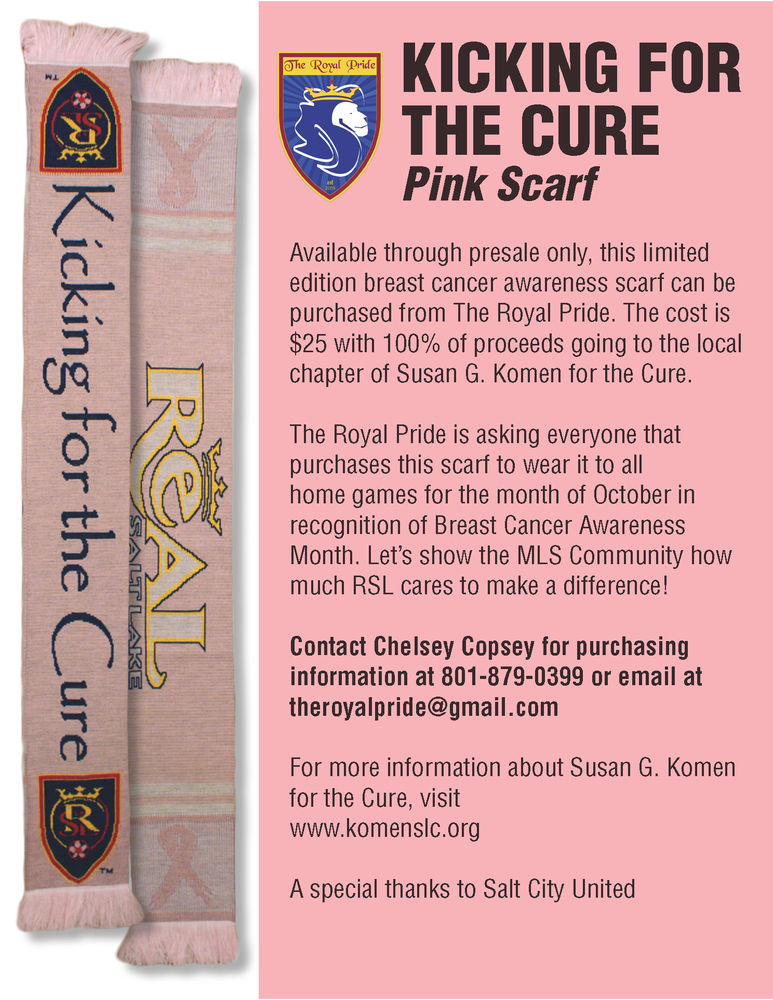 That imagine is borrowed from RSL Soapbox.