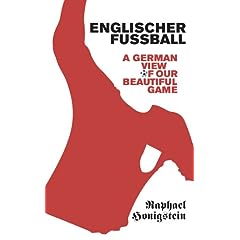 Believe it or not, we are just a week away from the start of another glorious Bundesliga season. Having taken the summer off from worrying about football (and cramming in seven Harry Potter books into those months), it is time to dive head-deep into my favorite passion.

The difficult thing about this year is that the season will start nearly a month before the end of the transfer window. That makes it hard to predict as teams still have plenty of time to address issues and change the course of the season early on. However I think it’s important that we do so. This year, rather than me giving my predictions, I think we will run a contest.

Your job is to provide the following:

The top six in order. +1 for each team that you guess in the top six. A perfect spot is an additional 3 and another 2 if you get the Champion correct.

Three relegation sides. +2 for any team directly relegated. +1 if a team is relegated via playoff.

The depth within the competition of the three UCL teams. Options are: out at qualification, out at Group, UEFA Spot, Group Stages, Quarters, Semis, Finals, Winners. +3 if right. +1 if the team makes it to the group stages (and you predicted at least group stage) but progresses further than you predicted. For example if you predict Wolfsburg to make the group stages and they make it to the semis, you get a point.

The Player of the Season. You cannot predict Franck Ribery. We have no idea if he will be here by September 1st. If Franck stays and he’s the player of the year, whoever is second counts for this contest. This one is worth 10 points.

Total points is 50. The final day for entry is August 17th. Any post after that will be erased. This gives you two match days, but precedes the start of the Qualification round of the UCL.

The winner will receive a signed copy of Rafael Honigstein’s new book, which comes out in September and will be reviewed shortly here.

But what would this be, if we were just competing with each other. So you will have 2 experts and an idiot to beat. The soon-to-be famous author Rafael Honigstein (and creator of Footbo) along with broadcaster Derek Rae have graciously provided their picks. So you get to see if you can beat these experts. I have also provided mine and any supporter caught below me on the final table will be handed a bicycle helmet and asked to ride on the short bus.

More in For Fun

The Set: The 7 Best Transfers of the Summer (so far)
Interview with Mani Honigstein of Footbo
Translate »