For a manager, the World Cup is often one long heart attack. These men often prepare four years to lead their team into the biggest tournament in sport, and all that’s guaranteed is 270 minutes of soccer and a lack of predictability that make the games so much fun to watch.

Few managers make it out of World Cups unscathed. Fewer ever get back to the tournament, and it’s a rare and talented boss who makes it to consecutive World Cups with the same country.

With squad selections for the tournament in Brazil just weeks away, and the games beginning in less than 50 days, now is a good time to take a look at where the bosses of 2010 in South Africa are now. Aguirre was brought in for a second spell in charge of Mexico in 2009 after Sven Goran-Eriksson’s disastrous tenure, and he righted the ship to qualify El Tri for the World Cup. But bizarre decision making at the tournament (starting a striker with no club, not naming a captain, dropping your first-choice goalkeeper on the eve of the tournament) led the public to turn on the coach.

Aguirre resigned after Mexico was knocked out of the tournament in the second round. He expressed a desire to coach in England, but needless to say, no offers were forthcoming. He’s now the coach of La Liga cellar-dwellers Espanyol, where he’s doing admirably.

Antic’s Serbia came into the tournament with high hopes, but crashed out after losing their final group match against an already-eliminated Australian team when they only needed a point.

Antic, who has managed both Real Madrid and Barcelona, stayed on but resigned after Serbia’s unsuccessful Euro 2012 qualifying campaign. He then sued the Serbian FA, around the time he was being sacked from his coaching job in China. He’s been out of the game since 2013. 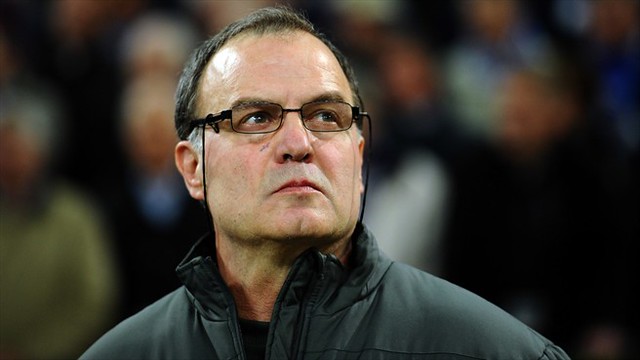 Bielsa is beloved by his peers, players, and football fans. The stoic and academically inclined Bielsa reached God-like status in Chile after he qualified them for the World Cup in 2010 and reached the knockout stage, where Chile lost to Spain.

Despite rumors he was leaving, Bielsa signed a contract extension through 2015 – but he threatened he would leave if Jorge Segovia was elected President of the Chilean FA. Segovia was elected, and though the result was later annulled, Bielsa walked. His last post was with Athletico Bilbao, he hasn’t managed since the 2012-2013 season. 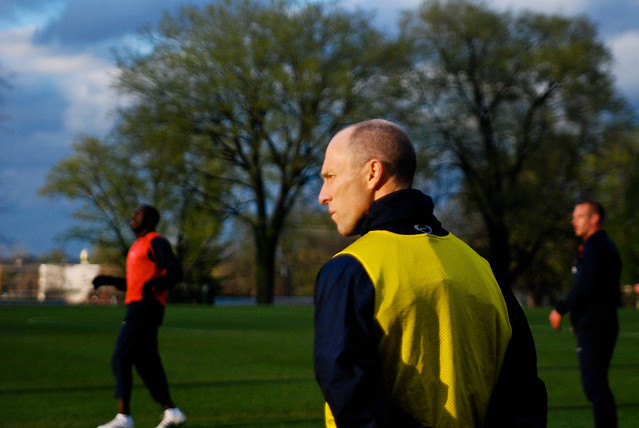 Always the USA’s second choice, Bradley signed an uneasy contract extension after the American’s thrilling and exhausting run to the Round of 16 in South Africa.

But after a shellacking by Mexico in the 2011 Gold Cup Final at the Rose Bowl, Bradley was sacked and the US hired the long-chased Jurgen Klinsmann. Bradley surprisingly took the Egyptian National team job, and led them through a revolution and the Arab Spring to within a playoff of the World Cup, when the Pharaohs heartbreakingly lost to Ghana.

Bradley has since taken a job with Stabaek in Norway, becoming the first American to coach in a European top flight league. Bradley is a pioneer, in every sense of the word. 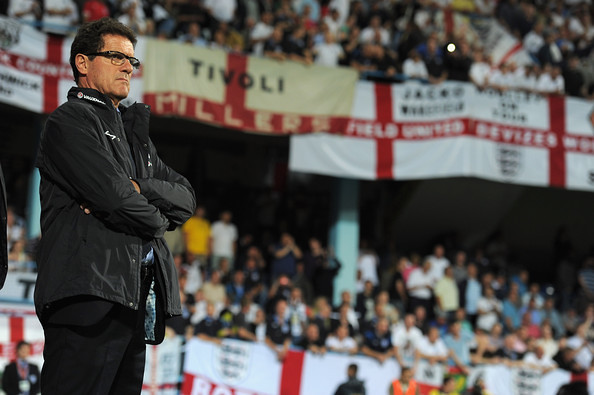 Don Fabio had the worst month of his professional life in South Africa, subjecting us to Ledley King, Emile Heskey, Rob Green, and an England narrative that turned very sour very quickly.

Although Capello stayed on after the World Cup to qualify the team for Euro 2012, this marriage was never likely going to end well. And in the end, Capello sensationally resigned after the English FA stripped John Terry of the captaincy for racially abusing Anton Ferdinand – even though Capello had himself stripped Terry of the armband in 2010 for an affair with Wayne Bridge’s girlfriend.

Capello quickly took over Russia, and is now set to lead a second World Cup campaign which he hopes will go much better than the first one did. 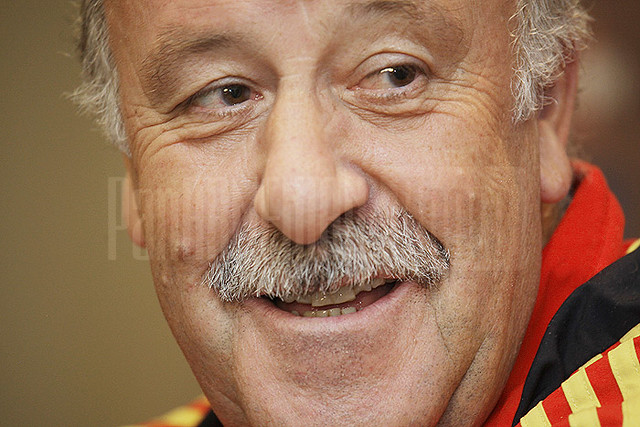 The only manager in the modern era to win a Champions League, European Championships, and the World Cup, the esteemed Del Bosque led Spain to glory in South Africa four years ago, and is ready to defend the title in Brazil, having won Euro 2012 on the way. 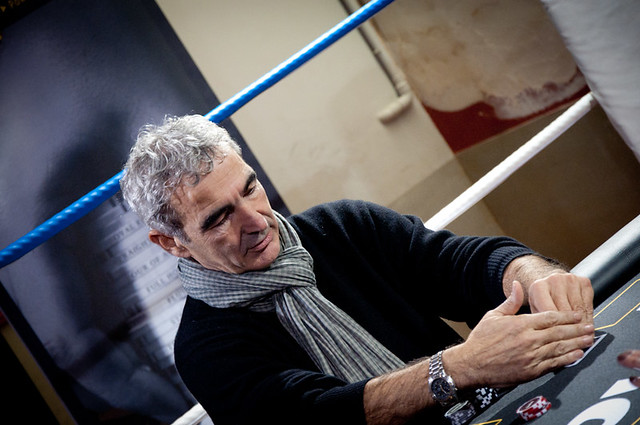 He was spectacularly fun – unless you are French, of course. When France qualified on the merits of a handball in 2010, you knew things could get ugly, but Domenech’s tawdry, incompetent, egomaniacal management ensured things would get historically ugly.

After France’s opening game, Zinedine Zidane said that, “Domenech is not a coach, and France is not a team.” At halftime of their second game, striker Nicholas Anelka launched a profane rant at Domenech, who sent him home. That sparked a training boycott, and France was off to the races.

Domenech went out by not shaking the hand of South African manager Carlos Alberto Parreira. He hasn’t coached since.

That’s what Dunga found out after he was sacked following Brazil’s quarterfinal exit at the hands of Holland in South Africa. His next position was with his first club team as a player, Internacional, but he was dismissed after only a year in charge. He’s not currently coaching at this time.

Yes, Sven-Goran Eriksson managed the Ivory Coast at the 2010 World Cup. He took over in March 2010, just three months before the tournament, after flaming out with Notts County.

Eriksson only stayed on with Cote d’Ivoire for three months on a mercenary deal – he left immediately after the Ivory Coast were ousted from the Group of Death in the first round. Eriksson’s next job was with Leicester City, he’s now coaching in the Chinese League.

Herbert is New Zealand’s most distinguished coach ever, and his team’s performance at the 2010 World Cup, when they went home unbeaten, was the best two weeks in the history of football in the country.

But many in New Zealand put the All White’s heroic performance down to the leadership of senior players like Ryan Nelson, instead of at Herbert’s feet. By the time New Zealand were thwacked by Mexico in a playoff for a spot in Brazil, Herbert had announced he would retire from managing the national team. It was a somewhat acrimonious end to a glittering tenure. 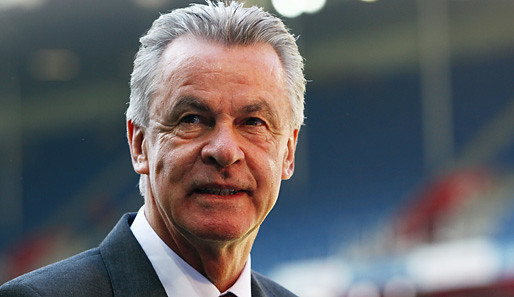 The decorated Hitzfeld led the Swiss to a major upset of Spain in their first game in South Africa, but the campaign quickly flamed out in the group stages. Hitzfeld stayed on to qualify the Swiss for Brazil, but he has announced his retirement effective on July 1st. 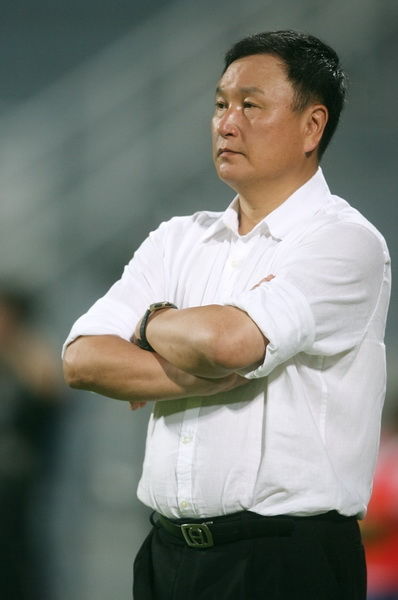 At the time of the 2010 World Cup, Huh was in his third stint as the South Korea boss. After the tournament, he went to manage Korean club team Incheon United. He was fired in 2012, and hasn’t managed since.

Kek’s Slovenia came up just short of making it to the knockout stages of the 2010 World Cup, stuck on four points to the USA and England’s five.

Kek stayed on with Slovenia, but left the national team after an unsuccessful Euro 2012 qualifying campaign. He is now the coach of HNK Rijeka, in Croatia’s top flight. 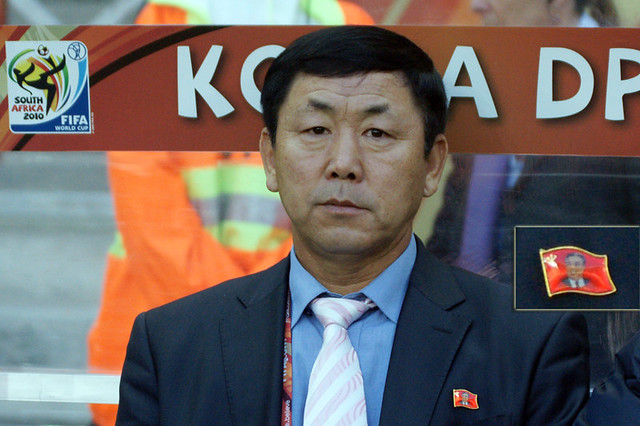 This was the man in charge of the most mysterious team in football, North Korea, in South Africa. His team was of course thrashed – after a gallant opening game against Brazil – and upon returning home, the rumors flew.

One report had his party membership revoked and the disgraced manager working hard manual labor as punishment. A FIFA matter showed nothing of the sort had happened. A more plausible report had the boss being publicly shamed and questioned in front of hundreds of people, including North Korea’s sports minister. There were always rumors that he was taking instructions on the touchline from King Jong-Ill himself.

In any case, the boring version is that Moo went back to coach his club side 4.25 Sports Team, one of the biggest clubs in North Korea, who he managed before taking the national team job. An aside, 4.25 is owned by the North Korean army. 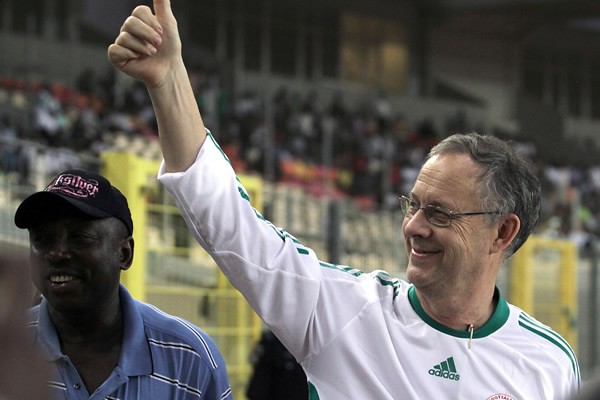 The experienced Lagerback had a short, unhappy spell in charge of the Super Eagles. Fresh off resigning his post with Sweden, Lagerback was handed a five-month contract to lead Nigeria at the World Cup.

But the African side played terribly, and was banned from international football for two years by the President, Goodluck Jonathan, a ban that was later overturned. Lagerback, unsurprisingly, wanted out, and he turned down a contract extension from the Nigerian Football Federation. He is now the coach of Iceland, who he led within a playoff of the 2014 World Cup.

Abe Asher lives in beautiful Portland, Oregon. He fell in love with the intensity, stakes, and unrivaled spirit of football during the 2006 World Cup. Abe supports and covers the Portland Timbers locally, the USMNT nationally, and the American game and national team football at large for World Soccer Talk. Abe is on Twitter @abe_asher.