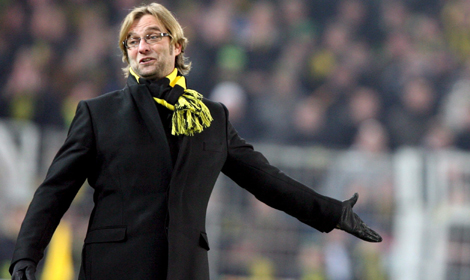 Zvonimir Soldo’s hard-nosed, defensive-minded Koln side will host one of the most attacking, open teams in the league this weekend in the form of Borussia Dortmund. Dortmund currently occupy second place in the Bundesliga after an excellent start to the season, which has seen them rise up from being seen as a side only able to compete for a Europa League spot, to being considered genuine title contenders. It’ll definitely be defense versus attack on the weekend, and I don’t think Koln will be able to hold their flashy opponents at bay.

Jurgen Klopp has impressed the masses with his side’s brand of attacking football, as well as his side’s transformation into a genuine title contender. Klopp’s tactical setup has combined well with the enthusiasm shown by the young players that make up the base of his squad. Mats Hummels and Neven Subotic have been a stand-out defensive duo for Dortmund this year, Nuri Sahin and Sven Bender have partnered incredibly well in the midfield, and Shinji Kagawa and Kevin Grosskreutz have impressed down the flanks. All of those weapons, along with Lucas Barrios up top, will be in full effect on Friday. Three points against Koln means top spot, at least until Mainz play again.

Dortmund’s only weakness will be down the flanks, but it’s unlikely that Koln will trouble their opponents too often. Lukas Podolski will be the only threat Koln provide, and I expect him to be hussled out of the match by Hummels and Subotic. Dortmud will control possession and look to draw their opponents out of defense. Koln will look to remain compact and frustrate the visitors, but it is unlikely that they will be able to hold our the Schwarzgelben for long.

Dortmund will be without Zidan, Kehl and Kringe, but Mario Goetze is expected to make the squad after recovering from injury.

Koln manager Zvonimir Soldo is expected to start young goalkeeper Miro Varvodic in the place of Faryd Mondragon for this match. Kevin Mckenna, Christopher Schorch, Sebastian Freis and Manasseh Ishiaku are all set to miss out through injury.