Over the next couple of weeks, I’m going to be focusing on 11 of the legendary players of English football to perhaps give some of you an insight to some names that you may not be aware of. In the modern footballing climate, we can sometimes forget the players and names that used to play football more as a well paid hobby than a profession.

We are now so saturated by mass media on the latest sensation, we constantly hear about the new Pele, the new Maradona and the new George Best that we forget just where this game we love came from. The players that made this beautiful game what it is today and whose names evoke teary eyed nostalgia in anyone fortunate to have seen some of these players in their pomp.

There are so many names that I could write about, that I could probably come up with a top 50. So firstly, I’m not going to concentrate on anyone who has made their debut since the formation of the Premiership. Not that it’s a case that older is better, but as I mentioned, players such as Beckham, Rooney, Owen and Gerrard are so well known now that it’s pointless trying to tell you something new.

Secondly, the list is in no particular order, so whoever is first is not necessarily who I feel to be the best of the 11 players or the worst. I’ve just got a list of the 11 players that I feel would easily come under the heading of an English footballing legend. Of course, you may disagree with the 11 I’ve chosen, that doesn’t mean you’re wrong and ditto myself. What I would like to hear is your thoughts on what you may discover or already know.

Thirdly, all the players chosen are English. That’s not a jingoistic point, just the parameters I’ve set myself. Perhaps doing a Scottish/Irish/Welsh legends series is something we can return to later. In fact, as I’ve just written that, about a dozen names have popped into my head! I may need to speak to the Gaffer about that then at a later date. 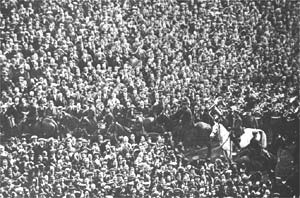 These were the days before television beamed players into your homes from around the world. Some of them played games before floodlights were used on a regular basis, when a season consisted solely on league games and the F.A. Cup with the odd international thrown in. When playing home and away fixtures on Christmas Day and Boxing Day were the norm.

When a broken leg meant the end of your career rather than a few months out of the game, heading the ball was actually a dangerous activity due to the weight of it when it got wet, when substitutes didn’t exist as a concept. These players really were the best of the best, because they did it for love as much as money. When smoking in the dressing rooms wasn’t frowned upon and steak was the prematch meal of virtually every player in the land.

I hope you’ll find something out and please share your thoughts, I’ll be digging all over to try and find footage too, fingers crossed.