This post brought to you by adidas miCoach SMART BALL. The content and opinions expressed below are that of World Soccer Talk. 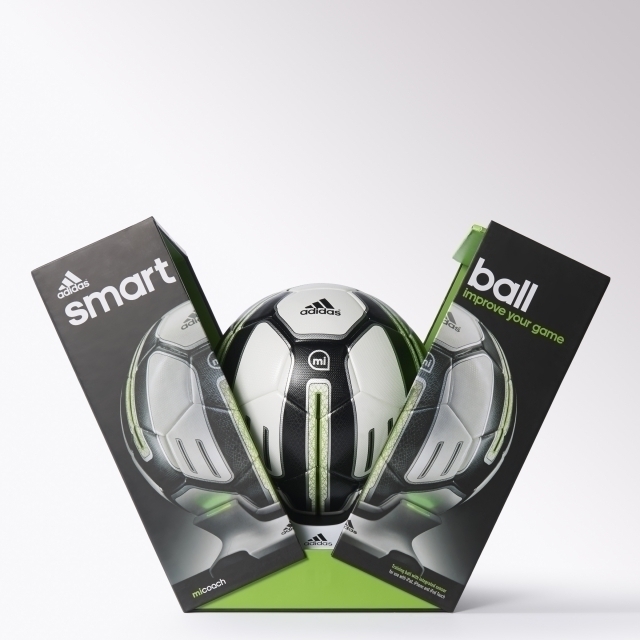 adidas recently launched a brand-new soccer ball technology that has the potential to revolutionize the way that soccer players train.

Named adidas miCoach SMART BALL, the ball is a Bluetooth smart and app-enabled soccer ball that syncs up with your smartphone or tablet. The ball features a sensor that’s embedded in the center of the ball to allow you to measure a range of metrics. From dead-balls, these include the ball’s speed, rotation, height and where which part of the ball was struck.

Courtesy of adidas, I had the opportunity to put the ball and technology through its paces to see how it works.

The first two things that are most noticeable about the ball are its futuristic design and the base that comes with it to power the technology. The adidas miCoach SMART BALL itself looks like something out of The Matrix movie, with a modern design that’s aesthetically pleasing. Even the plastic base that accompanies the adidas miCoach SMART BALL looks futuristic too. The ball fits snugly on the base whenever it needs charging.

To harness the technology, you just need to download the free adidas miCoach SMART BALL app for your smartphone or tablet, and then pair your device with the ball — which takes less than a minute.

The adidas miCoach SMART BALL app itself is easy to use and just takes a few taps before you’re ready to begin measuring your ball power and accuracy. By simply pointing the app at the ball when kicked, it measures an array of data and then visually displays it on the screen for you to see.

For me, by looking at the app data that’s displayed immediately after the ball is kicked, I was able to quickly see the power and trajectory of the ball. By having the information at my fingertips, it empowered me to try harder the next time I kicked the ball to see if I could beat my previous ball speed. And I did.

Without the ball, technology and app, kicking dead balls becomes more of a gut feeling of whether you’re improving or not, which isn’t scientific or particularly helpful.

With the adidas miCoach SMART BALL, there’s more than just measuring metrics. The app presents optional challenges to participate in where you are tasked with accomplishing a variety of free kicks such as an in-swinging free kick that bends past an imaginary wall, or similarly an outswinging free kick. You can even try to hit knuckle balls to see how accurate your kicking precision is. 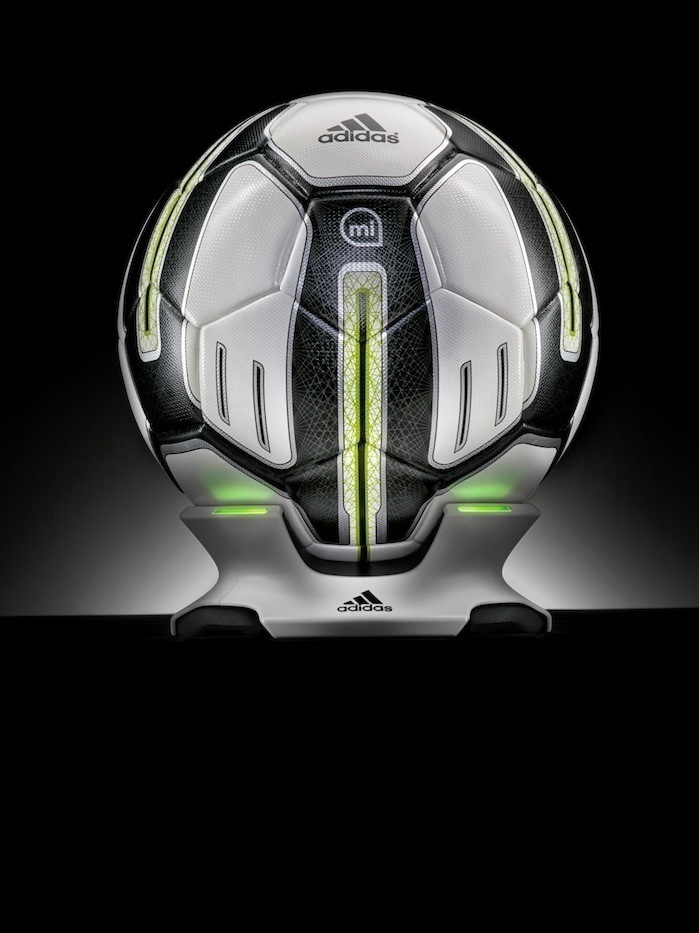 The adidas miCoach SMART BALL app also includes a training section for soccer players who want to focus on improving their skills with tutorials to help master progressively more advanced techniques. So, in addition to being able to track your ball precision, it’s also an excellent way to progress as a soccer player via the ball, app, practice and repetition.

You can also save your data in a ‘record book’ to ensure that the information is available to track your performances over time.

. Where to purchase the adidas miCoach SMART BALL: