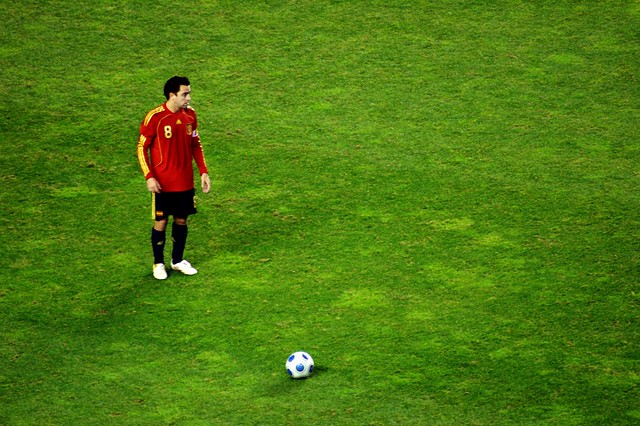 Until they won the 2010 World Cup in South Africa, Spain had always been considered underachievers on the world’s biggest stage. One Honduran fan even had a sign that read “Honduras: As many World Cups as Spain.” Since then, La Roja has proceeded to become arguably the greatest international soccer dynasty of all time and hope to add another World Cup to its legacy this summer.

It all began after the 2006 World Cup in Germany with qualification for Euro 2008. Spain breezed through and topped their qualification group. They won that tournament without losing a game and beat some very good teams along the way including Italy and Germany.

After the European Championship, they eased their way through qualification for the 2010 World Cup, again topping their qualification group. In the midst of this, there was the unprecedented 35-match unbeaten run that ended at the 2009 Confederations Cup against the USA. Spain showed up at the 2010 World Cup as heavy favorites but suffered a shock loss in their opening game against Switzerland. They regained their composure however and went on to win the title for the first time over proverbial underachiever Netherlands.

Qualification for the 2012 European Championship was just as easy as ever for Spain as they once again topped the group. They made matters a little bit difficult for themselves this time around as they only got a draw against Italy in the group stage and were pushed to penalties in the semi-finals against Portugal, where Cristiano Ronaldo did not take a penalty in the shootout, before wiping the floor with Italy in a 4-0 rout to repeat as European champions.

Statically no team has won more than Spain since the 2006 World Cup. Their record stands at 91-11-12 (W-L-D). That’s a winning percentage of 85 percent and an unbeaten percentage of 90 percent. In competitive matches, their record stands at 55-5-7. During that time they went on an unbeaten run that stretched to 35 games, including 17 wins in a row, before it was ended at the 2009 Confederations Cup. They followed that particular streak up with a 26-game unbeaten run going into the 2013 Confederations Cup Final against Brazil where they were promptly and thoroughly beaten 3-0.

Spain’s era of being the dominant international side may be coming to an end as players like Xavi Alonso, Iker Casillas, Andres Iniesta and Xavi are getting older. The country has many talented youngsters that can potentially fill the void but it may take a while for them to get adjusted to the expectations and pressure of success. Manager Vicente del Bosque incorporated Barcelona’s tiki-taka philosophy to win in 2010 and 2012, now he has Brazilian-born Diego Costa as his striker to add another dimension to their attack as Fernando Torres and David Villa are on a decline in their fantastic careers. Xavi’s minutes also need to be monitored as he’s not as effective as he used to be but he can still contribute and be a great leader. In his place del Bosque may look to either Atletico Madrid’s Koke or Barcelona’s Cesc Fabregas to become to new orchestrator in the midfield.

Spain heads into the World Cup as favorites to repeat. They have an opportunity to complete an unprecedented run of winning four major tournaments consecutively. How fitting would it be to win the tournament in Brazil and surpass in everyone’s mind 1970’s Seleção side as the greatest international team of all time. As the World Cup draws nearer many narratives will be discussed and this will be among the top of the list.

I became a fan of soccer while watching the USA's run to the quarter-finals at the 2002 World Cup and I've been a fan ever since. Originally born in Las Vegas, I now live in the Memphis area. I became a referee in 2006 and am currently a Grade 8. During my senior year of high school, I commentated all of the soccer team's home games and playoff games for the school sports network. Find me on Twitter @ldock93.