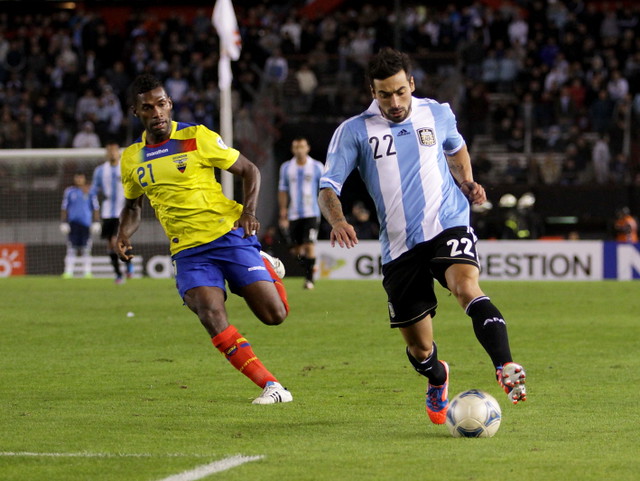 Rumors swirled over Argentine camp this week after PSG forward Ezequiel Lavezzi was given permission to leave  for “personal reasons” at the same time that FIFA decided to do a surprise drug testing at the Argentine training complex in Ezeiza.

When Lavezzi was excluded from the testing, the rumors were rampant as to why this was happening and the only logical explanation was that Lavezzi was going to have a positive drug test. Well, that theory began to make the rounds in social media.

AFA representative Juan Carlos Crespi came out to deny those rumors almost immediately, “I was the one that signed off on the permission to have him leave training because he had to personal problems,” said Crespi.  “The doctors made a surprise visit, so for people to say that we were looking to (prevent Lavezzi) from taking those tests is complete nonsense.”

Argentina are not strangers to surprise drug tests and the controversy that lie behind them. Let’s not look too far at Diego Maradona and the whole ordeal he went through in the 1994 World Cup when his “legs were cut off” after turning out positive for ephedrine. Specifically, it was a product called Ripped Fuel, which wasn’t banned in the US at the time. The drug was later made illegal when the US government passed the revised version of the Patriot Act in 2005 where they included the Combat Methamphetamine Epidemic Act.

Argentina technical director Carlos Salvador Bilardo also quashed these rumors during his nightly talk show on Radio La Red. Bilardo was on the phone from the Cidade do Galo complex in Belo Horizonte where the Albiceleste will train during the World Cup.

Lavezzi was one of two players that were not present during the drug testing that was made by FIFA.  The other player that was absent was Real Madrid winger Ángel Di María, who was on vacation after having played the UEFA Champions League final last weekend in Lisbon.