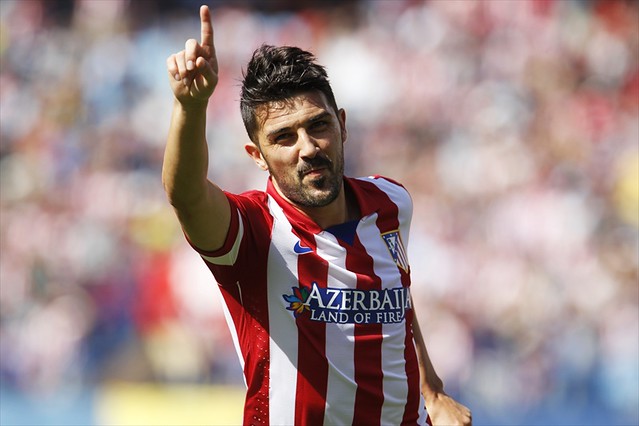 Atletico Madrid and Spain striker David Villa will sign a 3-year contract to join New York City FC, the new MLS side that is scheduled to launch in 2015.

After reports in the Spanish media during the past 48 hours speculated that Villa is close to a deal, reputable reporter Gianluca Di Marzio has confirmed that Villa will play next season in the United States.

“David Villa has already reached an agreement with New York City and will sign a three-year contract.

“Spain’s top scorer will play in the team created by Manchester City and the New York Yankees. After two Spanish titles in a row, Villa leaves Europe for a new adventure in the United States.”

Before Villa joined Atletico Madrid last summer, the former Valencia striker was close to deals to join Arsenal or Tottenham. But Villa decided to stay in Spain where he helped his Atletico Madrid side win a historic La Liga title.

If the reports are true, this would arguably be one of Major League Soccer’s biggest signings after David Beckham.

Villa is the first Spanish player to ever reach 50 international goals and is Spain’s all-time top goalscorer, having also scored more World Cup goals than any other player in Spain’s history in the process. The goals-to-games ratio he has achieved for the national team has not been matched by any player since Alfredo Di Stéfano.