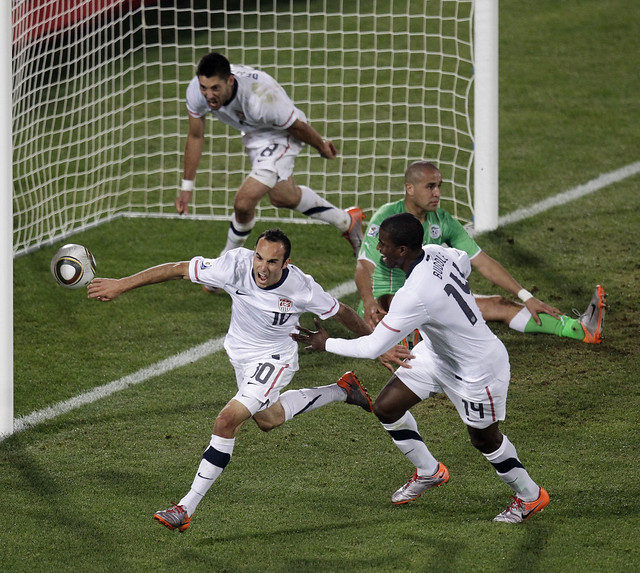 Everybody is all over Jurgen Klinsmann about his decision to drop Landon Dononvan from the USMNT and not take him to Brazil. What is there to be surprised about? Big time sports is all about “what have you done for me lately,” and Donovan has not been lighting the world on fire for club or country for some time now.

But we all know the question lingering in Jurgen’s head was “how committed is Landon to the World Cup?” For years, Landon has been allowed by his coaches, US Soccer and the media to dictate his future. That is no longer the case. Whenever he didn’t show up in big games…that’s okay, he’s back in the lineup next time. Whenever he played but didn’t do anything for 90 minutes (which I have witnessed live numerous times), that’s okay. Put him back in there next game.

Whenever he was constantly questioning his own commitment to the game…that was okay, because his coaches put him back in the match. Landon has gotten away with being soft mentally for his whole career. People think he proved himself in Europe because he went on a couple loans spells. That is not enough. Proving it in Europe is going from August to June year in and year out like Kasey Keller, Tim Howard, Michael Bradley and Clint Dempsey have.

Landon earned a respectable amount of respect and credit no doubt. But he has been given the throne for too many years without a challenger. Now, there are challengers because he just got knocked off his throne by one of the best strikers to ever play the game in Jurgen Klinsmann. This wasn’t Bob Bradley or Bruce Arena talking tactics and Xs and Os. This was a legendary striker who feels that Landon isn’t tough enough mentally to help him and his boys advance in the World Cup.

We all know now that everything under Jurgen Klinsmann will be earned. He always said it, but I don’t think any of us truly believed it…until Thursday.

Editor’s note: Mark Vincent Lincir is the author of The Gift of Stoppage Time and A Soccer Life in Shorts.