Blue Moon Rising: Is This The Start of a Dominant Era for Manchester City? 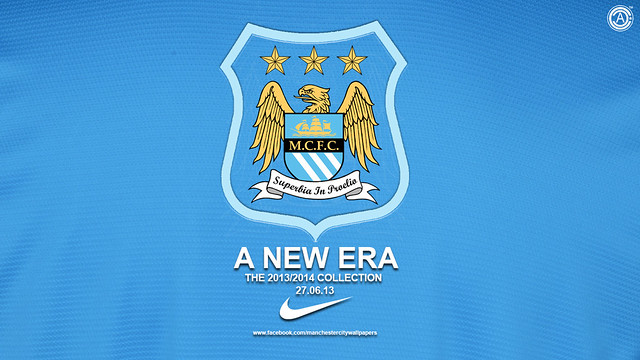 As the curtains falls on the 2013/2014 Premier League season, many fans and pundits have been left to catch their breath after what has been an enthralling year packed with drama at both ends of the table. The battle for the title and to avoid relegation went right down to the wire in a season which could arguably be considered amongst the best in the league’s 22 year history.

Sir Alex Ferguson’s retirement created wide speculation as to whether Manchester United would be able to retain their Premier League crown without their legendary manager, and provided a wonderful incentive to other teams to impose themselves and take advantage. It resulted in a wonderful close-fought tussle at the top, with the lead changing hands 22 times throughout the season.

Four teams had a realistic chance of winning the title with eight games to go but Arsenal, who were top for over half the season, and Chelsea self-destructed at the wrong moment to leave Liverpool and Manchester City in a straight head-to-head battle. Liverpool defied all odds by mounting a superb title challenge, but defeat to Chelsea at Anfield and blowing a 3-goal lead at Crystal Palace handed the title to Manchester City who won the title by 2 points. Although many of the Premier League stars will feature at the World Cup this summer, dethroning their city rivals could signal the beginning of a dominant era for Manchester City.

A summer of transfer activity

The beauty of the Premier League is that almost every team will look to be active in the transfer market in order to remain competitive and make themselves stronger. Although their current squad exudes quality in every department through world-class players such as Joe Hart, Vincent Kompany, Yaya Toure and Sergio Aguero, Manchester City have the considerable wealth of Sheikh Mansour behind them to make major moves during the transfer window. Any players who come through the Etihad doors may be offset by a number of departures for players who may be deemed surplus to requirements. Joleon Lescott, Micah Richards and Javi Garcia could be among those who may move on to pastures new; Lescott and Richards have been regularly linked with other Premier League teams as they have found first team opportunities limited, while Garcia’s position may be under threat by City’s pursuit of Fernando from Porto.

Manchester City’s transfer activity during the summer may be severely affected by impending severe proposed sanctions from UEFA for breaking financial fair play rules. UEFA had hoped that City would accept the original sanction of a £49 million fine and being restricted to picking 21 senior players in their Champions League squad for the 2014/2015 season, but the club have been left furious and dug their heels in. Any settlement may still have a detrimental effect on Manchester City’s ability to enforce themselves as Premier League champions and enjoy a period of dominance similar to that enjoyed by their city rivals for the past 20 years. Buying British players may have to be the amended remit for Manuel Pellegrini, but strong links with Porto due Eliaquim Mangala and Fernando illustrates that the manager is looking at top quality players who will make his team even more formidable.