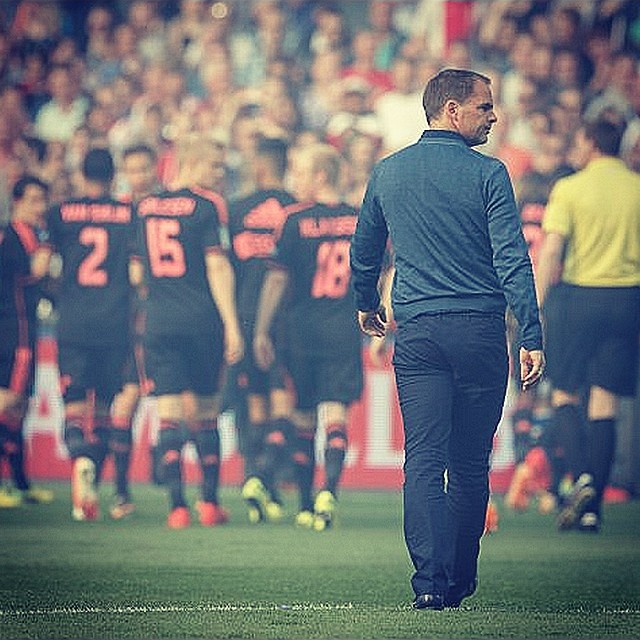 Ajax head coach Frank De Boer has revealed that Tottenham Hotspur have approached him in regards to replacing Tim Sherwood as the manager at the White Hart Lane club.

De Boer revealed the news when asked about the Tottenham job by a Dutch broadcaster. He said:

“I’m going to listen and talk (after the season ends next week). Then I’ll make my feelings known. I want to add something to a club, so that people can say that they see the hand of Frank de Boer. Liverpool are a good example of this with Brendan Rodgers.”

De Boer, whose club Ajax won the fourth Eredivisie title in a row this past weekend, has been the head coach at the Amsterdam club since 2010. Prior to his current position there, he was assistant manager to the Netherlands national team as well as a youth coach at Ajax. And, of course, he has a spectacular record as a footballer.

Earlier this month, Italian media were reporting that Tottenham Hotspur were close to securing the signature of Massimiliano Allegri as Sherwood’s replacement, but those reports have died down as of late.