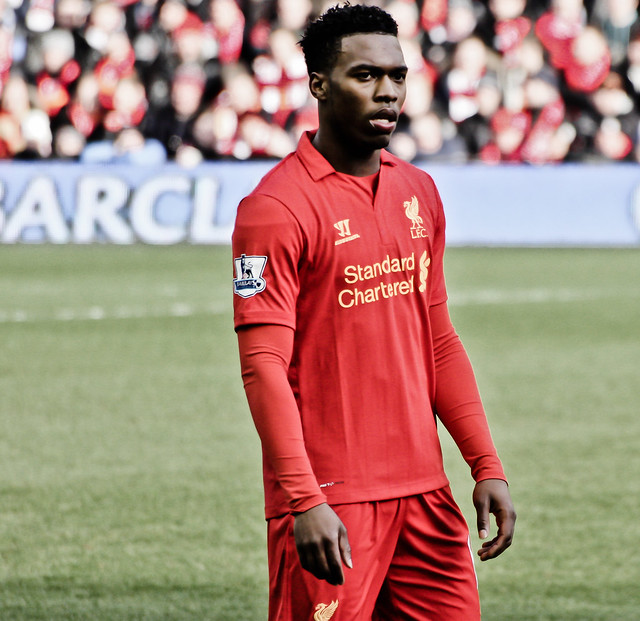 Daniel Sturridge is set to return to the Liverpool first-team against Chelsea on Sunday after missing the Reds’ 3-2 win at Carrow Road last week.

A slight hamstring strain meant he was unavailable to play versus Norwich City but he will make his return to the side when his old side come to visit and try and spoil their Premier League title party.

Should Liverpool beat Chelsea, the Blues’ chances of winning the league will be over as the eight-point gap between the sides cannot be reversed with just two games remaining.

A win for Chelsea, however, would blow things open at the top. Manchester City have a game in hand on the Reds but are six points behind their rivals. Should Liverpool lose on Sunday, City can win the title by goal difference if they win all of their remaining matches.

Sturridge will be looking to prevent that from happening. He enjoys playing against his former sides, scoring twice against both City and Chelsea last season. He has struggled to score against his old teams this season though, drawing blanks in those particular games in which he has featured.

He will be key for the Reds on Sunday. His pace, touch and overall talent has been on show on a regular basis this campaign. His 20 league goals prop up Luis Suarez in the scoring charts as the Reds’ front two lead the way. A total of 50 goals between them is the main reason behind Liverpool’s rise to the top of the league.

Daniel Sturridge’s worth to Liverpool goes beyond just goals though. He provides an outlet when Liverpool are pegged back and he was sorely missed against Norwich. His presence and pace up front is important to how the Reds play and they missed that sorely at Carrow Road.

When Liverpool dropped deep in the second half, they were under intense pressure and nearly buckled to concede an equalizer. When clearing the ball, it wouldn’t stick to either Raheem Sterling or Luis Suarez so it kept coming back, pushing the defense deeper and deeper.

If Sturridge had been playing, he could have kept the ball and then held it up. Or, even if Suarez or Sterling brought the ball down, he could make a good third-man run and collect the ball, starting a counterattack.

For all of the attacking flair in this exciting Liverpool side, Sturridge is key to how they move forward. His guile and technique in and around the penalty area has not only mustered 20 goals in the Premier League, it has assisted a further seven which is one of the best at the club.

There is an awful lot of pace and intensity in Liverpool’s attack with plenty of clever movement alongside that, too. The England international is an important part of that and can stretch defenses which allows more space to be exploited by Sterling, Suarez et al.

Sturridge has completed 231 passes in the final third of the pitch which is the fifth-highest figure at Liverpool.

Throw aside all of the tactical aspect of Sturridge’s game for a second and also just remember that Chelsea are his former club where he was often misused.

He loved playing against them last season and scored a brilliant goal in front of the Kop. He recently stated that should he score, he’ll go on a ‘mad one’ when he celebrates. As big as this game is for the club, Sturridge has an agenda of his own and would love to beat the Blues for his own personal reasons as well as ending their title dreams.

To download the Squawka app, visit http://squawka.com/app/ or search “Squawka” in the iTunes app store. Visit Squawka at http://www.squawka.com and follow them on Twitter at http://www.twitter.com/squawka