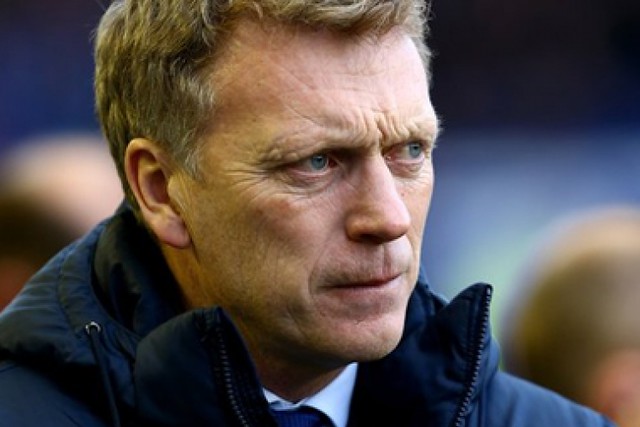 A grim reaper haunted David Moyes from the stands directly beside the dugout as the Scot returned to Goodison Park to watch his old side Everton host Manchester United on Sunday. A day later, a leak from Old Trafford spread across all media outlets suggesting that Moyes had lost his job. Two days later, Manchester United FC officially confirmed the news.

This is modern soccer. The Paddy Power publicity stunt proved to be a harbinger of Moyes’ doom, and while Gary Neville expressed on Sky Sports’ MNF that Moyes deserved more time as manager, emphasizing his old team’s reputation as “not a sacking club,” it was clear from the unanimity of the press coverage on Monday that a decision on Moyes had been made before United’s declaration at 8.30am on Tuesday.

But how long before the club’s statement had the decision been made? Was the grim reaper stunt successful by fluke? All bookmakers suspended betting on Moyes to be sacked on Monday, and there have been hints that both the players and Moyes himself were aware of the significance of Sunday’s game for the future of the manager long before a ball was kicked at Goodison.

As the story has developed in the press, it has become clear that Moyes’ future was always going to hinge on Champions League qualification.

The football community went into Sunday’s game knowing that if Moyes’ Manchester United lost away at Everton, it would be mathematically impossible for the Red Devils to qualify for the Champions League in the 2014-15 season.

For a team that has enjoyed the privilege of playing in Europe’s most competitive tournament for consecutive seasons since 1995, this was inconceivable. For a set of owners infamously focused on generating profit from such success, it was unacceptable.

The importance of the Champions League for a team like Manchester United cannot be overemphasised. England’s richest club has become the global brand that it is through their tactical acquisition of major sponsorship deals, their yearly marquee signings and their constant inclusion in the most-watched club tournament on earth. The former two reasons rely heavily on the latter, and the revenue generated by all three is astronomical.

The upshot of all this is: if Moyes lost at Everton, he would cost the club a substantial amount of money that might reverberate through the brand for years to come.

Manchester United did lose, two goals to nil, as Everton completed their first double over United since the 1969-70 season. It was cruel that this pivotal moment should occur in front of the supporters that Moyes waved a fond farewell to less than a year ago, but it completes perfectly the tragic narrative of the manager that took the hardest job in soccer, and failed magnificently.

On drawing up Moyes’ 6-year contract, it appears the board were aware of this risk and built in a clause in case of extreme failure: should United fail to qualify for the 2014-15 Champions League, the manager is only entitled to one of the remaining 5 years pay of the contract. This goes some way to explaining the timing of the dismissal – the terms were only met when it became mathematically impossible for the team to qualify.

Following from this, the board and owners must have been well aware of the possibility that this term might be activated. This suggests that a contingency plan might have been in place as far back as United’s Champions League defeat at Olympiakos on February 25. The owners had a safety net to deploy if their team continued to perform poorly.

With the terms met following Sunday’s results, there was no longer a financial incentive for Moyes to be kept at the club, and he was promptly sacked, four games from the season’s conclusion. He’d been in the job just 10 months.

Whether Manchester United wanted to continue as a “non-sacking club” in this modern Premier League era or not, the sensible financial decision was to sack Moyes, and you can trust the Glazers to make that decision.

It must have been difficult for a board that includes Sir Alex Ferguson, David Gill and Sir Bobby Charlton to reach the same decision, but with Moyes’ ill-fated, record-breaking season reaching a climax at Everton, it seems all parties agreed that his time was finally up.

Moyes reportedly will receive a severance package of approximately £4.5million. Insiders say that Moyes was upset that the news that Moyes was going to be sacked was leaked to the British newspapers on Sunday night before Moyes knew he was going to get fired. It was Sunday night when Ed Woodward, Sir Alex Ferguson, Bobby Charlton and David Gill met to ratify the decision to sack Moyes. However, Moyes wasn’t officially told the news until Tuesday morning. According to reports, Moyes arrived early at Manchester United’s Carrington training complex on Tuesday at approximately 4:30am, to avoid the press, knowing that it would be his last time at the complex. After the news was confirmed, Moyes said his goodbyes to the players and staff before Ryan Giggs took charge of the morning training session alongside Phil Neville and Chris Woods.

Alex King is a life-long West Ham fan hailing from London, currently studying an English degree at the University of Leeds. Relegation remaining a constant threat for a Hammers fan, Alex keeps a close eye on happenings in the football league, while also holding a special interest in the Spanish and German leagues. Alex is every two years caught up in summer tournament fever, periodically convinced that England can earn a second star above their badge. Follow Alex on Twitter @alexwhuking