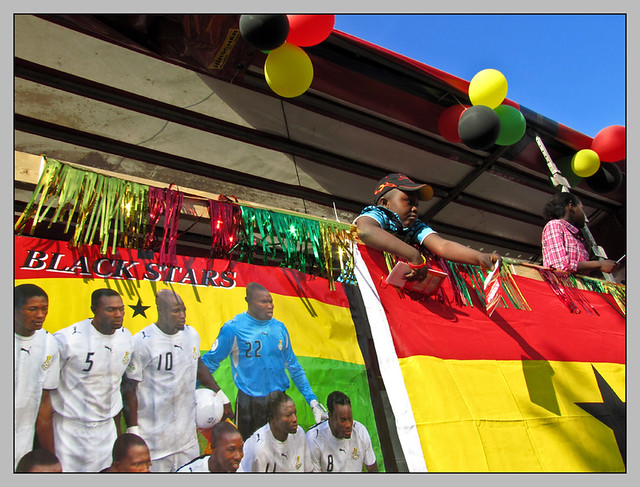 Ghana is on the verge of officially announcing that its World Cup team will play a friendly against South Korea in Miami prior to heading to Brazil for the tournament. If finalized, it means that Ghana and South Korea will join the list of England, Ecuador and Honduras who will play warm-up matches in Miami this June.

Ghana, nicknamed The Black Stars, are looking to play another friendly match as they are scheduled to play in Los Angeles as well as Atlanta before going to Brazil.  Reports on Thursday began to emerge in Ghana that the national team will play an additional friendly in Miami against South Korea.

This move comes off the heels of the cancellation of Ghana’s friendly against Guatemala, as reported by L’Equipe back on Tuesday.  Ghana have already confirmed their friendly against Netherlands on May 31st in Rotterdam.

The reports came out on Ghana Soccernet, stating that the South Korean FA were looking to get a friendly match with Ghana around June 10th in Miami; the site of their training camp prior to heading to Brazil for their Group H debut against Russia at the Arena Pantanal in Cuiabá on June 17.

According to sources in the Ghanaian media that were contacted by World Soccer Talk, the sources have actually confirmed that the match will take place at FIU Stadium.  This announcement has not been made official and authorities over at FIU have said that they have no knowledge about a match, although they did say that the Korean national team will be training at their complex during those times.

The Taeguk Warriors were in the US back in February as they faced both the US as well as Mexico and lost to them 2-0 and 4-0 respectively.

“We will announce the exact schedule and place once the friendly is confirmed,” the KFA said in an official statement.

Ghana will begin their World Cup campaign on June 16 when they face the US at the Arena Das Dunas in Natal.