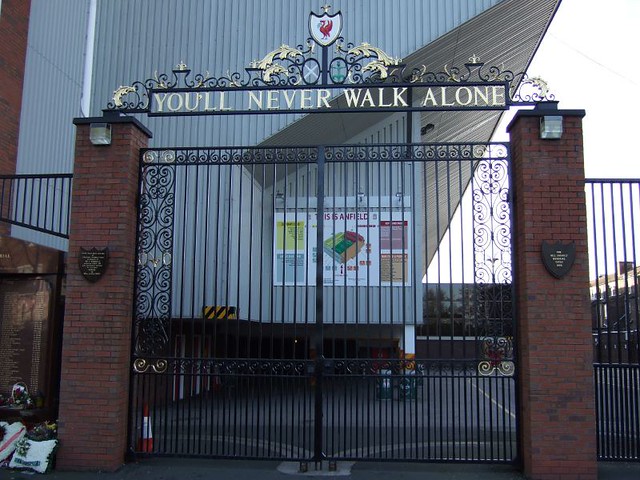 The Premier League’s biggest match of the season kicks off on Sunday morning between Liverpool and Manchester City. A win for either club will significantly boost its chances of edging closer to the Premier League title. A loss could rock the team’s chances and their confidence in the remaining weeks of the season.

As well as being a must-see match, the game carries the weight of marking the 25th anniversary of the Hillsborough Disaster, the tragedy that took the lives of 96 innocent Liverpool supporters.

Needless to say, it’s going to be a very emotional day — for the viewers, footballers and spectators in the crowd, as well as the families of those who lost loved ones on that fateful day in Sheffield in 1989.

For viewers in the United States, NBCSN will air a special tribute to mark the 25th anniversary of the Hillsborough Disaster on Sunday morning.

The broadcast begins at 7:30am ET with a live on-site studio at Anfield featuring Gary Lineker and former Liverpool and Manchester City footballer Dietmar Hamann as part of the Premier League Live studio coverage. Meanwhile, from Stamford, CT, Host Rebecca Lowe will be joined by pundits Robbie Earle and Robbie Mustoe.

NBCSN will air a 6-minute piece about the 25th anniversary of the Hillsborough Disaster at approximately 8am ET. Lineker narrates the piece.

Then leading into the Liverpool-Manchester City match, NBCSN will cover the on-site tributes at Anfield in observance of the 25th Anniversary of the Hillsborough Disaster including full coverage of Liverpool’s anthem, “You’ll Never Walk Alone.” The match between Liverpool and Manchester City kicks off at 8:37am ET featuring commentary by Arlo White and Tim Howard.