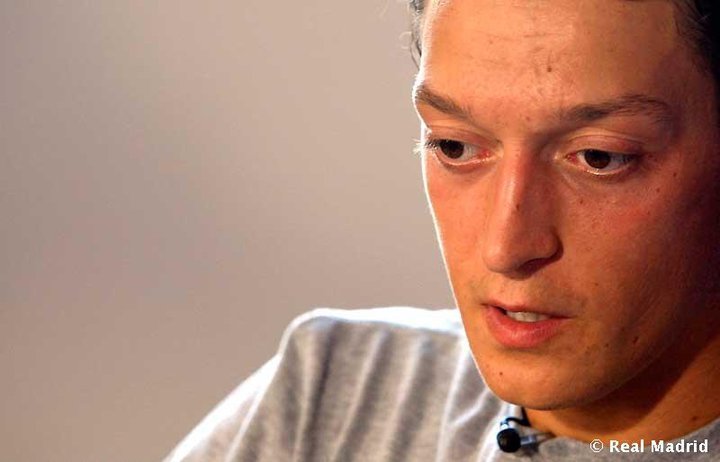 Mesut Ozil Becomes An Integral Part Of Jose Mourinho's Side.

The 2010 World Cup was one filled with potential for Germany. Players like Thomas Mueller, Mesut Ozil, Sami Khedira, Holger Badstuber, Manuel Neuer and Jerome Boateng emerged as some of the most promising young players in world football. Before the tournament, the entire German national squad played their club football in Germany’s Bundesliga, as testament to the strength of the league itself. But, because of the fantastic performances of Germany’s younger stars in South Africa, many Bundesliga sides feared that their most promising prospects would be offered mega-money deals from abroad. Their fears were soon realized. Amongst them, Stuttgart’s Sami Khedira and Werder Bremen’s Mesut Ozil were snapped up by the ever-spending Real Madrid.

As well as the two German youngsters, Real Madrid managed to sign Benfica’s Angel Di Maria, Chelsea’s Ricardo Carvalho, and Getafe’s Pedro Leon. The most important signing for the Spanish giants, though, was the signing of arguably the best manager in the world; Jose Mourinho. Mourinho had just come off an incredible season with Inter, where he won the Coppa Italia, the Serie A title, the Champions League, and the Supercoppa. While Mourinho does have a fantastic CV, he’s never been known as a manager who relies on younger players to get the job done. Mourinho prefers experienced professionals in his sides, so there were initial worries as to whether or not Sami Khedira and Mesut Ozil would fit in to his system at Madrid.

Just a month or so ago, Jose Mourinho spoke about the German pair in a press conference, and said that their initial progress at the club had been quite slow. He spoke about their lack of friends within the squad, and their outsider status amongst team-mates. Neither of them speak Spanish or English, so they really just had eachother to depend on in terms of having a social life. As the weeks have gone by, though, Khedira and Ozil seem to have integrated exceptionally well. On the football pitch, they have become instrumental to Real Madrid’s playing style and to their continued success. Khedira fits perfectly next to Xabi Alonso in the midfield, and Ozil acts as the trequartista, supporting Cristiano Ronaldo, Gonzalo Higuain and Angel di Maria in attack.

Jose Mourinho’s greatest successes can be attributed to his use of a trequartista. These attacking midfielders are given a massive amount of creative freedom in his otherwise rigid setup, and are the main playmakers of the side. At Porto, where Mourinho lifted the Champions League trophy in 2004, the trequartista in the side was Deco. At Inter, where Mourinho won the Champions League for the second time, the trequartista in the side was Wesley Sneijder. At Chelsea, Mourinho failed to lift the Champions League trophy. Could it be because there was no midfielder in the team with the creative ability of a Deco (at his peak) or a Sneijder? Frank Lampard, who played in that position at Chelsea, is not a trequartista. He’s an attacking midfielder who will work his socks off for the team, who will drop deep to get the ball, who will take long shots and spray passes, but he doesn’t fulfill the same role in a side that someone like Ronaldinho would, or Antonio Cassano.

At Chelsea, Jose Mourinho had everything else he likes in his teams. Grit, determination, and a massive amount of self-belief. But, without that special midfield playmaker who can create something out of nothing, European glory eluded the Portuguese tactician.

Now, at Real Madrid, the Portuguese has begun to transform the side. Already, that incredible amount of belief that almost feels like arrogance at times, is being displayed by his side. That never-say-die attitude, that incredible determination and that very professional way that the team goes about playing, is all beginning to show at the Santiago Bernabeu. They’ve also got that special ingredient that Jose Mourinho missed at Chelsea: a trequartista.

Mesut Ozil’s passing ability and vision has become an instrumental asset for Real Madrid. The way he plays the ball into attacking players, and most notably his linkup play with Cristiano Ronaldo, is staggering to watch at times. You can make the argument that Xabi Alonso is the main playmaker in the side, and it’s true that he could well be, but Mesut Ozil’s role is equally as important. As a supporting player, he may not score all the goals in the world, but he will be at the heart of every attacking move. His place in the Real Madrid team has become so important, that there are rumors that Kaka will be on his way out of Madrid come the January transfer window. The Brazilian has been injured since the World Cup, and his place in the side has already been lost to the mercurial German midfielder. To put Mesut Ozil on the same level as Kaka is really a testament to the player that Mesut Ozil is becoming. Under Jose Mourinho’s tutelage, Germany could have one of the most promising players in world football in their ranks.

With Mesut Ozil and so many other fantastic talents in the side, it won’t be long before Jose Mourinho lifts that coveted trophy once again. Sami Khedira and Mesut Ozil, European champions. It’s a nice thought!

Here’s a little taste of what Mesut Ozil has been up to at Madrid, for all of you German football fans who haven’t been following the one they call ‘little avatar eyes’ at his new home in Madrid.