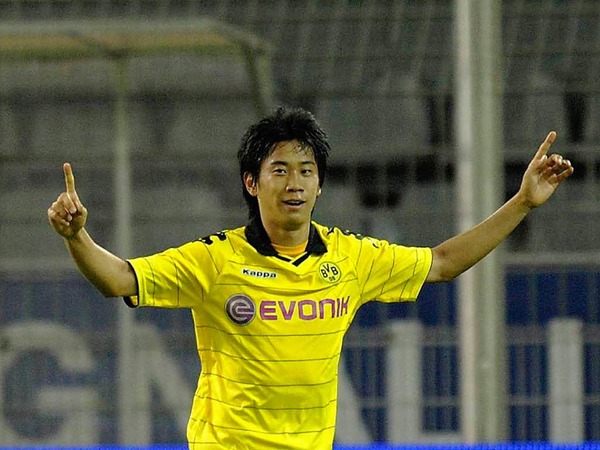 The Japanese Midfielder Has Made An Excellent Start To His Bundesliga Career.

Round eleven has been full of surprises, and Sunday’s matches promise to be just as exciting. Dortmund have a fantastic chance to extend their lead at the top of the Bundesliga table to four points after Mainz’s loss yesterday, and Jurgen Klopp will make sure that his side remain professional and determined. Here are the games.

Hannover 96 have been on some dodgy form lately, but at home they’ve got to be confident. Jurgen Klopp will let his men know that a win here would give them some breathing space at the top of the table, and that could be absolutely vital because of how tight it is in the top half of the table right now. I can’t wait to see how Sven Bender and Nuri Sahin handle the midfield battle here, they’ve both been on top form and they look to be maturing into one of the top midfield pairings in Europe. Barrios, Grosskreutz, Kagawa and Gotze will look to attack with great fluidity at every opportunity, and this match will definitely be laced in goals. I see a 1-3 win for Dortmund!

Stuttgart have picked themselves up after a shocking early season patch under then-manager Christian Gross. Since his sacking, they’ve looked a different proposition. Werder Bremen, on the other hand, have been in some really poor form, especially defensively. It also doesn’t help that some real tension has begun to creep into the visitors’ camp, which was most obviously displayed by Marko Arnautovic’s petulance after being subbed off last weekend. This is a home win for me; Werder Bremen need drastic change.

I don’t really like to watch Leverkusen, but I do think they’ll be too much to handle for their promoted opponents. A win here for Leverkusen puts them into Champions League contention, so they’ll be full of determination and confidence. There couldn’t be a more straight forward fixture than this one to jump into third spot with, but they’ll need to be wary of complacency if they take an early lead. Srdjan Lakic is the great goal threat for Kaiserslautern, and his physical presence will still cause Leverkusen all kinds of problems if it isn’t carefully monitored. Hopefully we see a bit of a goalfest here; but I can’t see the visitors emerging with anything positive in terms of points here.