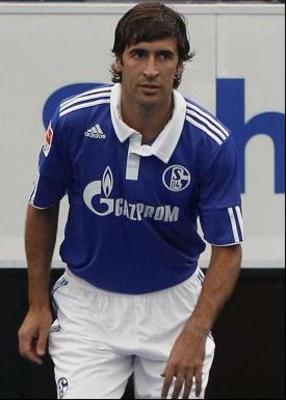 Felix Magath’s side have had an awful start to the Bundesliga season, and have managed just five points from their first eight domestic matches. Despite that, they’ve made a very decent start to their Champions League campaign after a 2-0 win against Benfica and an unfortunate 1-0 loss away to Lyon. Tonight, they took a comfortable win at home which puts them in contention for a spot in the round of sixteen, with six points from their first three European matches. Summer signings Raul Gonzalez and Jose Jurado sealed the 3-1 win for the Konigsblauen, and Hapoel’s consolation goal came through Etey Schecther with just a minute left on the clock. Raul also made history during this match: his brace put him level with Gerd Mueller’s European goalscoring record.

Werder Bremen’s chances of a spot in the round of sixteen appear to be fading rapidly after taking only a single point away from their trip to Holland. The first-half saw little goal-mouth action, and ended on a sour note for Werder. Tim Wiese suffered a knee injury and had to be subbed off, but the extent of the injury is not yet known. In the second-half, Marko Arnautovic was subbed onto the field for Hugo Almeida and was given the chance to impress against his former side. Unfortunately for Werder, Dutch midfielder Theo Janssen, who has been on fantastic form for Twente again this season, fired Twente into the lead on 75 minutes. But, the past came back to haunt the Dutch side, as five minutes later it was old-boy Marko Arnautovic who grabbed the equalizer for the German side. While normally a point away at Twente would seem a fair result, Werder Bremen remain on four points, which puts them in third place in their group. Werder still have to travel to Tottenham and host Inter, and those are two games that they will likely lose. It looks like a Europa League campaign is all Thomas Schaaf’s side will be able to hope for this season unless they can pull off a big upset in England, or against the reigning European champions.