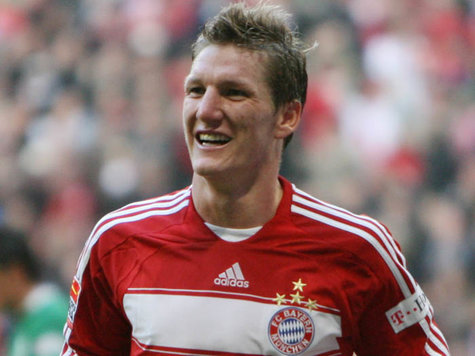 Schweinsteiger Brace Puts Bayern Munich In Pole Position For The Round Of 16.

Louis van Gaal’s side took on Swiss champions FC Basel at St. Jakob Park in Basel tonight, with the hopes of kickstarting their season. Bayern Munich have not been on great form domestically, and have only managed two wins in their first six Bundesliga matches. They find themselves ten points off of first place, and are in desperate need of a change in fortune.

Basel fielded a very decent eleven against Bayern Munich, and it is no wonder that they caused Bayern Munich so many problems on the night. Basel boast a wealth of World Cup stars and younger players, and they really do look like a side capable of playing some decent football. Unfortunately, they’ve now lost both of their Champions League matches by scorelines of 2-1, but it shouldn’t be long before they find their European feet.

Bayern pressed the Swiss side early on, and had a few decent goalscoring chances that eventually came to nothing. Bayern Munich’s lack of goals has been a recent worry for Louis van Gaal, and the tension created by that lack of goals loomed over the first-half for the Bundesliga giants.

It was FC Basel who drew first blood after 18 minutes through Swiss striker Alexander Frei. Marco Streller attacked the Bayern Munich back-line and used his strength to hold off Holger Badstuber, and then slipped the ball into the path of Frei who curled it into the corner of the net. Unstoppable, really. Basel held their lead into the break, and many Bayern Munich fans would have been quite nervous about their side’s chances in what looked like a team without very much confidence.

Whatever Louis van Gaal said at half-time seemed to work, though. Bayern Munich pressed their opponents in the second-half looking for the equalizer, and got it just before the hour mark when Huggel fouled Thomas Mueller in the area. Bayern Munich were awarded a penalty, and Bastian Schweinsteiger confidently tucked it past Costanzo. The goal seemed to give Bayern Munich a real boost, and they were eager to find a winner. Just four minutes from time, it was Schweinsteiger again who came to Die Roten‘s rescue. Holger Badstuber whipped in a dangerous free-kick, and Schweinsteiger was left unmarked at the back post to tuck it away. A spirited win for Bayern Munich, but they’ll need to remain consistent if they have any chance of retaining their Bundesliga crown.

This weekend, Bayern Munich travel to Borussia Dortmund in what will undoubtedly be a hotly contested fixture. Dortmund have been on flying form and occupy second place in the Bundesliga table, and look on recent form like realistic challengers for the Bundesliga title. Bayern Munich must remain consistent and win that game against Dortmund, or they will be playing a very weary game of catch-up until the season’s end.

EPL Talk Player Profile: The Search for the League's Best Left Back
Why It's Unfair to Expect Footballers To Be One Of Us
Translate »