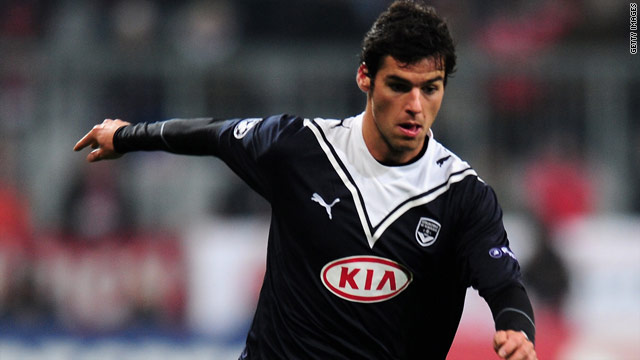 Ex-Bordeaux Playmaker Yoann Gorcuff Could Be The Man To Put Schalke Out Of Their Misery Tomorrow Night.

Magath’s struggling Schalke side will be looking to turn their recent form around against Ligue 1 big boys Olympique Lyon, but it is likely that Schalke will really be up against it in France tomorrow night. Lyon’s home form has not been particularly spectacular, but they will surely be up for it against a Schalke side who have looked like nothing more than a catastrophe.

Schalke sit at the bottom of the Bundesliga table, with zero points after three Bundesliga matches. After spending so much money this summer on high-profile players such as Klaas-Jan Huntelaar, Raul, Jose Manuel Jurado, and Christoph Metzelder. Magath also sold reliable defensive asset Heiko Westermann and let ex-captain and defensive stalwart Bordon and top striker Kevin Kuranyi go in the summer. The problem has been, for Magath, that the replacements he has brought in for these players have not been up to par thus far, and Schalke have looked extremely disorganized. Metzelder, in particular, has been an absolute disaster in defense and will likely have a rough time against Lisandro Lopez and Bafetimbi Gomis in France tomorrow night. Here’s a probable starting XI for Schalke:

Jurado could get a start behind the strikers for Schalke and will look to orchestrate the play for the Konigsblauen. Unfortunately, against Makoun and Toulalan, Schalke may see little possession throughout the match if the defensive midfield duo for Lyon perform to their ability.

Lyon have only collected five points from five Ligue 1 matches, but they’ll be looking to find form at home on a European night against struggling opposition. Schalke’s group also includes Portuguese giants Benfica as well as Israeli side Hapoel Tel-Aviv, along with tomorrow’s opponents Lyon. I can’t see Schalke getting through the group, but I do see them gaining a Europa League spot and possibly fighting through that competition with some success. Here’s a probably Lyon XI:

Lyon’s attacking talent will likely be far too much for Schalke’s unorganized and unconfident backline, and this could likely be a blowout for Lyon. 4-1, I’ll say. Schalke have looked out of sorts and Lyon will be too strong for their German counterparts.

Champions League Preview: Werder Bremen Face Tottenham
Why a Rangers Result Against Man Utd Would Mean So Much To Scotland
Translate »