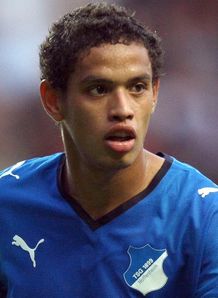 After Hoffenheim’s excellent season opener against Werder Bremen, where the side from Sinsheim dispatched their Champions League-bound opponents by a score of 4-1, Hoffe’s Brazilian midfield playmaker Carlos Eduardo has completed a move to Russian side Rubin Kazan.

Carlos Eduardo impressed so emphatically that he even earned caps for Dunga’s Brazil squad, but failed to make the 2010 World Cup squad. Rubin Kazan, who are in need of a pacey attacking midfield player after the departure of Alejandro Dominguez last season, tabled a massive 20 million Euro bid for Carlos Eduardo and Hoffenheim had no choice but to accept.

It will be interesting to see who Hoffenheim decide to bring in, if anyone. Should Wolfsburg sign Diego from Juventus, Misimovic may be made available and the Bosnian international would be an excellent signing for Hoffe.