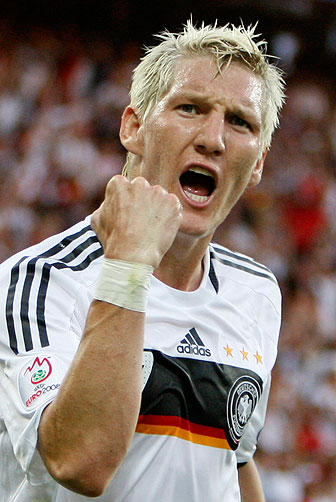 Ghana and Australia played to a 1-1 draw, after a Brett Holman goal in the 11th minute, and then a goal from the penalty spot by Asamoah Gyan. The incident involved Harry Kewell – who had just returned for Australia after an injury – who handled the ball on the goal-line and was sent off and a penalty was awarded.

The draw between these two sides means that going into the third round of the group stage, any of the four teams in Group D could still mathematically qualify for the knockout stages.

Germany were widely expected to win all three of their group fixtures and finish comfortably at the summit of Group D, but after their unexpected loss to Serbia, they face a must-win match against Ghana in game three. Australia, who only have a single point after two games, are still able to advance if they reach a surprise win against Serbia, which will put them on 4 points. Then, should Ghana lose to Germany, Australia would have an outside chance of advancing. Serbia’s chances are to win out against Australia, which looks very likely, and to hope that Germany can come out on top against Ghana. A draw against Ghana and Germany and a win for Serbia would mean Serbia would finish top of the group, with Ghana finishing second, and Germany would be eliminated.

What is clear is the fact that Germany are under an immense amount of pressure going in their third group match against Ghana. Without a win, Germany will very likely make an early World Cup exit, which will be absolutely unacceptable back in Germany. The ramifications and consequences of a group stage exit for Joachim Loew would be catastrophic, and it would ruin the confidence of young stars like Mesut Ozil, Thomas Mueller and Holger Badstuber.