To some, there’s nothing more condescending than when their team are described as plucky, punching above there weight or a battling side. Each of the terms generally means the same thing when used towards a football club. You’ve punched above your weight and sooner rather than later, you’re going to get brought down to earth. Fulham have got used to running the whole gambit of these cliche ridden back handed complements this season during their run to the Europa League Final.

Over the last couple of days, I’ve seen a few articles around stating it’s the biggest game in Fulham’s history. Sorry to deflate the collective bubbles, but that simply isn’t true at all. It’s possibly the craziest day in an average Fulham fans lifetime but it’s not even close to biggest match in the clubs history. I doubt even the most ardent Cottage regular would have even considered getting to the final when you look at the teams they were up against. It’s a brilliant day and they will want to win it, but I’ll look at the clubs biggest game in the modern era further down.

Of course, I will be rooting for Fulham on Wednesday night in the final as if it’s my own team. I like Fulham, I like the way they play the game, I like Roy Hodgson, so I naturally want the best for them. I’d love it if they won the game, but do not underestimate Athletico Madrid. Despite the fact that they are clearly the most disaster prone side in European football and have somehow got to the game by only winning 2 matches, they still have some quality in the team.

If any team can implode and throw any situation away, then Athletico are the team to put your money on. For example, they won the Spanish double in 1996 with Raddy Antic as manager and then four years later they dropped out of the Primera League. Their greatest era as a club coincided with Real Madrid being the greatest club side in the world for about 15 years. The fans burnt the club shop down in 2005 when the new Nike kit was discovered to have scrapped the red and white stripes. This is a club that make Tottenham look the model of consistency. 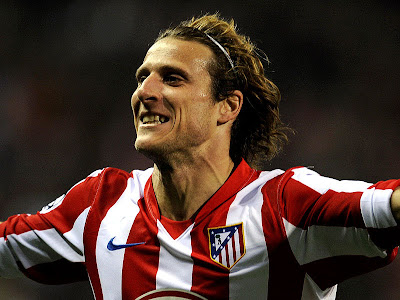 Despite all that, Fulham stand on the threshold of an amazing achievement. Don’t patronise them by assuming by being in the final being good enough. Hodgson and his players will want to win the trophy. By falling at the final fence, everything will have been in vain. All the sweat, the comebacks, the fighting spirit will have come to nothing if they fail to come home without that trophy. Being there doesn’t count unless you win the damn thing. Ask the Middlesbrough faithful.

Now, as for the biggest game in Fulhams modern history, the day they played Torquay United in a battle between the two lowest placed league sides in 1996 has to be up there. Only 14 years ago, Fulham faced relegation out of the league and financial implosion. Crowds were little better than 4,000 a game and they had less than a 1,000 season ticket holders. They lost the match and faced ruin and that was just 14 years ago. The same season, Hodgson was leading Inter Milan to a 7th place finish in Serie A and Fulham managed to survive by bringing Mickey Adams in as manager.

That’s how far this club has come in such a short time and for all the hype and posturing, the Fulham fans will always look back to the day they were facing oblivion in the face. Football is indeed a funny old game, but for Fulham and Roy Hodgson, only a win at the HSH Nordbank Arena will suffice in bringing a smile to their faces.