With less than 3 months to go until England’s first group game against the U.S.A on June 12th in the World Cup and one particular pair of positions are causing more problems than anyone envisaged. At full strength, the English full-backs picked themselves with Ashley Cole easily making a case for being the best left back in world football and Glen Johnson’s continual growth as a player. Now with Cole recovering from a broken ankle and Johnson returning gradually from injury, question marks have been raised.

This has indeed opened the door to one or two players that may have considered the chance to get to the World Cup firmly shut. The additional withdrawl of Wayne Bridge from international duty has left Fabio Capello with a quandary. Can he risk hoping Cole recovers in time or simply go with the two main replacements for the position Stephen Warnock and Leighton Baines. Baines certainly seemed to get a leg up with his starting place in the friendly against Egypt, with Warnock left on the bench. The addition of Gareth Barry as a player who could play there could see that Capello may only take Baines and a half fit Cole, hoping he can recover his fitness toward the tail end of the season. It isn’t unfeasible to see such a situation but that could leave England weak if Barry were to suffer injury or suspension.

Taking Baines and Warnock, for me makes more sense. Warnock, has been impressing ever since he left Liverpool for regular football. His inclusion as an England squad player is long overdue in my opinion. He’s tough but fair, a great ball winner, can ping passes and is flexible in his ability to play not only as a full back, but a left winger and a defensive midfielder. Baines whilst not as flexible, is certainly no slouch, his bombing runs down Everton’s left flank over the last couple of seasons stands testament to that and he’s a smashing dead ball player. For me, if Capello was looking for a player to fit easier in to the role that Ashley Cole fills for England, Baines is more that type of player Capello likes. Unless Cole stages a miracle recovery, I’d be taking Baines and Warnock. Poor old Nicky Shorey must be thinking what if…..

The opposite flank has seen the worries subside with Johnson’s return but he’s struggled with those annoying niggling injuries recently and with Liverpool having a mixed season in the best possible sense, we’ll be keeping our fingers crossed that he doesn’t break down again. Though for all his lovely play going forward, he is still prone to defensive lapses and seemingly switches off still.

That’s not to say the positive doesn’t outweighs the negative, but it’s still a concern. At 25, he really needs to be ironing these errors out of his game but he still can cause more problems than he creates opportunities for the opposition. Fully fit, he’s got the number 2 shirt. My main concern is with the back up for Johnson and the problems an injury could cause.

I’m sorry, but I’ve never rated Wes Brown at all. Yes, I know he plays for Manchester United, Yes I know he’s got 23 caps for England but I just don’t rate him. No pace, consistently caught in possession and dreadful with the ball at his feet, I would be terrified if Brown was our reserve right back. I know he can fill in at centre half, but I don’t rate him there either and he has to be the most average player to have achieved the level of success he has.

Yet, I see salvation on the horizon but I’ll get to that shortly. Micah Richards, who burst on to the scene so memorably for Manchester City as a teenager has had his issues. As with most bright young things, a dip in form is inevitable and for Richards, it unfortunately coincided with Manchester City’s new found wealth. To his credit, he’s dug in and fought his way back in to the Manchester City first team. I have to say I was very impressed with him when he came on the scene, he has masses of potential and is still young.

Ironically, it was his transfer that began the fall out between Mourinho and Abramovich when the chairman refused to meet City’s £20 million valuation. The rest is history but I think this World Cup may be too soon for Richards and I would turn to one of English football’s most consistent and criminally underated players of the last 20 years. Gary Neville. 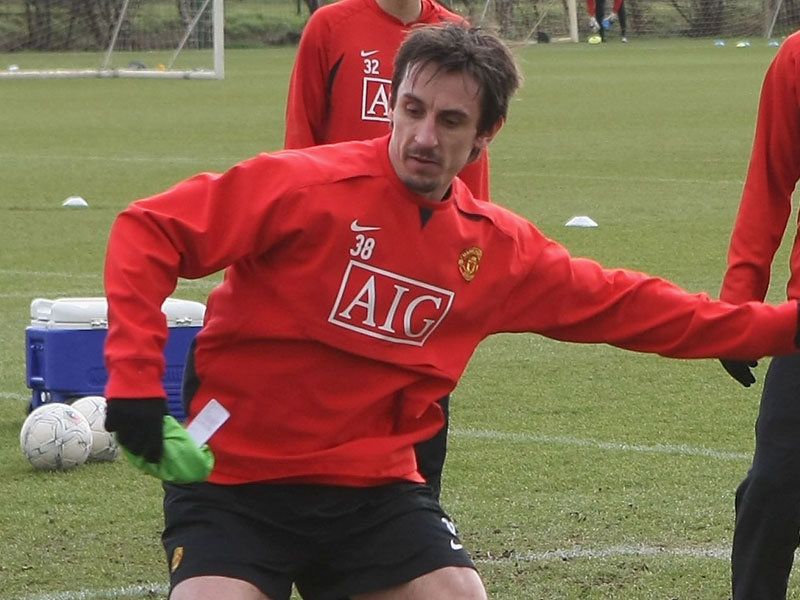 Now, for me, Neville has never been given the credit he deserves at all for his country. The 10 year relationship that he built with his best friend Beckham playing in front of him for club and country was astounding at it’s best. Both players instinctively knew were the other would be and that type of telepathic understanding of each others game is so rare in the modern game. Recently returning to fitness and at 35 years old, it would certainly be his last hurrah but Cafu played for Brazil until he was 36, so why not. Neville was easily one of the 3 best right-backs in the world alongside Salgado and Cafu.

So maybe a couple of surprises and two differing situations leads me to the following choices then: