This Week in The Bundesliga: The Rise of the Bridesmaid! 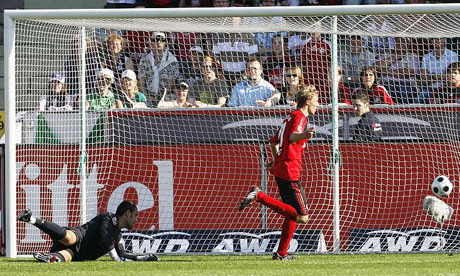 Another week, another victory! This week was a 4-0 route of Nuremburg. Bayer 04 have become, along with HSV, one of the dominant teams in the Bundesliga. But it was only a year ago that Bayer, under Bruno Labbadia had a blistering start. But it wasn’t anything comparable to this start, because the Werkself aren’t just winning, their winning with panache and style. They are also playing defense (five shutouts already). The question will be whether they will falter late this season, much like they did last year. It doesn’t seem to be on the cards. Let’s look at seven reasons that the Bundesliga’s 2nd place specialists might be on course for their first title.