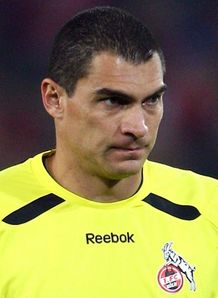 I missed the first round of games on family vacation. While I still have the Gladbach-Bochum game on DVR to watch for fun, my first game of the season, albeit delayed, was Dortmund’s 1-0 victory at home over Köln. It was a thoroughly deserved victory where Dortmund put the Billy Goats to the sword and could have easily won by half a dozen goals, so commanding was their display. They held possession for 58% of the match, had 16 corners to Köln’s 1, out-shot them 24 to 7 with 11 shots on goal. Soldo’s men had no shots on goal. It was a misleading 1-0 victory, where the visitors looked unlucky to have given away an own goal. That was hardly the case, with Dortmund proving that they have the defense and midfield to push for a European slot this year.

Seven Notes About the Match