Ladies & Gentlemen, the end of the Serie A season means that we have to choose a Best XI. The following 11 players and coach were our standout players from an exciting Serie A season. Here are the Serie A’s Best XI for 2008-09:

Maicon Douglas Sisenando is arguably the best right back in the world and a huge piece of Inter’s defense & offense in their multiple Scudetto run. 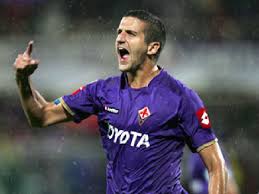 ,
The center back known as “Super Gambero” by the Viola faithful was the rock of a Fiorentina side that had 4th best defense in the Serie A and led I Viola in Serie A appearances. 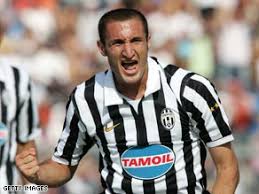 The other center back in the Best XI is seen as the best center back in Italy. The 24-year old will be the future rock in the middle of the Azzurri defense and helped Juve to the 2nd best defense in the Serie A.

The youngest member of the Best XI is well known in Italy as the one of the best young defensive talents. He is on loan from Juventus and helped Genoa surprise the Serie A with their 5th place finish and a place in the Europa League.

The Argentine midfielder is arguably the most under appreciated midfielder in the Serie A. He is a fixture in Inter’s lineup, has a knack of scoring timely goals, and a massive contributor for The Nerazzurri. The new Real Madrid midfielder was AC Milan’s leading scorer and the face of The Rossoneri. Kaká’s influence on & off the pitch was essential to Milan returning to the Champions League.

The Udinese playmaker was 2nd leading goalscorer among midfielders and was the key to Udinese finishing with the 5th best attack in the Serie A and a surprise 7th place finish. 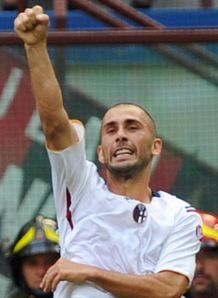 The man known as El Principe tied Di Vaio for 2nd in the Capocannoniere race with 24 goals and was the face of Genoa’s amazing 5th place finish. The Argentine hitman will now take his goal scoring touch to Inter. 2 seasons ago Genoa was in the Serie B, since then Gasperini has led Genoa to a Top 5 finish and into a European competition. The former Juventus midfielder has received praise for Genoa’s attacking style of play as I Rossoblu was the clear positive surprise team in the 08-09 season.

What do you think about our choice for the Serie A Best XI? Let us know.

More in Leagues: Serie A

Serie A Final Roundup – Week 38
Ibrahimovic is the Best in the World: Yes or No?
Translate »