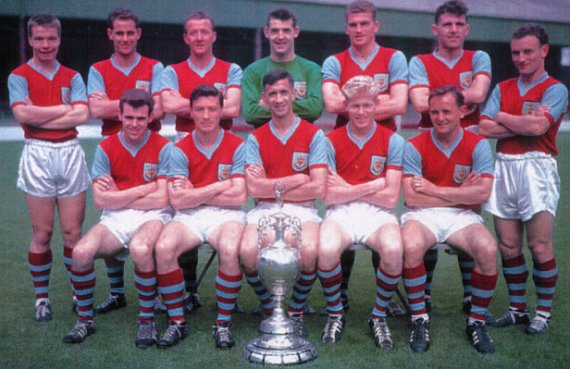 So less than 24 hours after Promotion to the Premiership and the usual round of tired cliches and articles about “brave little Burnley” are beginning to pop up on-line and in the press. Do they never learn, Do they know the football history attached to this club? Burnley fans will probably laugh in the face of these doom mongers and pessimists, they’re just glad that they still have a club to support and after you’ve faced that, you can cope with anything.

Back in the 1986-1987 season, The Football League had finally bowed to pressure and allowed relegation to the Football Conference for the first time. Previously, the side that finished last had to seek re-election from the rest of the League, a ludicrous situation, similar to asking turkeys to vote for Christmas. The only amazing thing about that was that some clubs were actually removed from the League, giants such as Barrow, Workington and New Brighton.

Burnley went in to the final game of the season knowing that they could face relegation to the Conference if results went against them. As it was both Lincoln and Torquay failed to win and Burnley finished 3rd bottom, a lowest low for a side that had reached the Quarter Finals of the European Cup back in 1960-1961. This is a side that had won the First Division twice as well as the FA Cup and almost won the double in 1962, finishing runners up in the League and the F.A. Cup and only left the First Division back in 1976, ironically relegated with Sheffield United.

To face that possibility that a side that had played European Football could really find themselves out of the league within a generation must have been terrifying for the fans of the Clarets. To face that fact and to overcome it puts the fans of Burnley in an ideal position to deal with Premiership football and the pressures that come with it. They’re not scared of anything that the top tier can throw at them, after the rollercoaster history they’ve had in the last 25 years alone, next season will be a delight for Clarets fans. 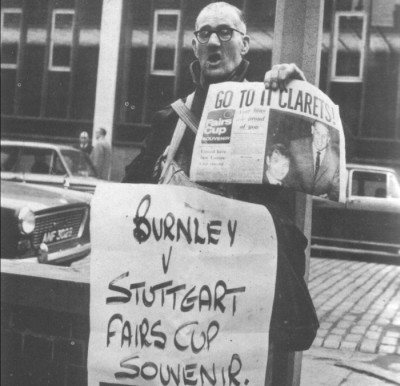 This is a side that have been at the top end of English football before, in fact in the 1960’s, they were one of the big English teams, challenging for trophies and finishing in the top 10 5 times under the legendary Burnley manager Harry Potts. Oddly from 1967 until 1970 they finished 14th every season, back when the top division had 22 clubs.

Of course, next season will be a massive challenge for Burnley, but no more so than the one faced by Hull City and Stoke City this season and their exploits in this season’s Carling and F.A. Cup competitions will stand them in good stead. They have nothing to fear with promotion, the manager Owen Coyle has been earning plaudits all season with the expansive football his side plays and they’ll be looking forward to bloodying the noses of more estabilished Premiership sides next season.

By winning the Championship Play Off Final through Wade Elliott’s super strike, Burnley have become the 42nd side to play at least a season in the in Premiership now. As a founding member of the Football League, some would say it’s been overdue to see them return to the top flight after an absence of 32 years, but they’ve not gained promotion through sympathy, they’ve played their way up.

This is a side with history, both good and bad behind it, and they’ll be relishing next season more than most fans. The fact that they can play a bit too, will make it an interesting season at Turf Moor and good luck to them.