Bundesliga: One Month to Sort This! 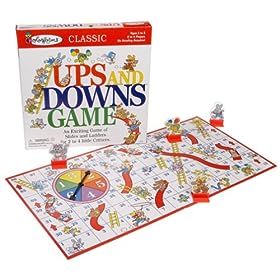 We have a month to go to decide the title. But whereas Hoffenheim, Hamburg and Hertha faltered under the pressure of being league leaders, we find that Wolfsburg’s biggest strength is having no “H” in their name. After a loss to Cottbus, they bounced backed emphatically this weekend and looked poised for their first title. Let’s look at the run-in to the title for the five possible winners.

What we know: they will win the home games. They are just too strong at home to even concede a point to either the hot Dortmund or the faltering Bremen. What we don’t know: how they will fare away to Stuttgart and Hannover. The loss to Energie might have been the best thing for this side as it brought the focus back, and as other teams tire, this side still has it’s engines. The most important thing is that they can afford to lose to Stuttgart and still win the title easily with their remaining three seeming nine points that they should take.

The good news is that they beat Gladbach. The bad news is that they were less than convincing outside of a 20 minute spell. While Cottbus and Hoffenheim are definites (Energie can’t do it two years in a row, can they?), their home ties are not easy. Leverkusen seems to be coming out of a slump, and the last team you want to face on pentultimate game is Stuttgart. In the long run, Heyneckes’ bump coincided with two poorer sides and by the time he faces the 2 out of 3 challenging final games, Bayern could find themselves losing the title on a draw.

So a few weeks ago, I claimed that HSV would be Lucien Favre’s only probably loss. However they drew the Dinosaurs and were knocked down by Stuttgart. But with four games to play, it is almost impossible to see where they will lost a point. That means they need Wolfsburg to slip up in it’s away matches, and with Stuttgart next weekend, they could see themselves in pole position sooner rather than later.

A few weeks back, I called them the king makers, as they had confrontations with all the principal players in the title run. How they responded until this weekend’s slip was to make claim for the crown. They could still do this as the Swabians face the Wolves and Bayern in two six-pointers. Win their remaining four games, and Markus Babbel’s side could make another improbably run. However even if they beat Wolfsburg, they have to hope that the current leaders lose their impeccable home form or slip against a hot/cold Hannover.

Hamburg have the biggest hurdle but arguable the easiest run in. Werder is slipping and needs to concentrate on the two cups. The three remaining games should be nine points, but Hamburg is showing signs of wearing down. Few Bundesliga teams have the depth to handle extended runs in two cups and a push for the championship. This week, they take on Werder two more times and we will understand a lot more about Martin Jol’s side after the last of these endless North derbies.

It would seem to me that Wolfsburg has too easy a run-in and too great a goal difference to lose the title. Meanwhile, Stuttgart and Hertha Berlin should be playing Champions League next year, while Bayern Munich could be in for a big shock and the arrogant leaders of the club could face the boot as they will be hard pressed for a Europa spot.