Serie A Team Of The Week – Giornata 25 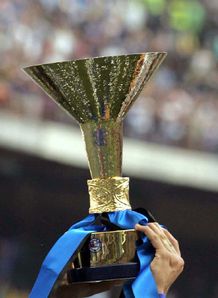 With 13 matches remaining for teams in the Serie A, it has become apparent that the fight for the lucrative European spots are becoming more fierce.   As for the scudetto, its Inter’s to lose as for the Team Of The Week,  it was tough to pick a TOW because there were no big surprise results. However a decision was made and here it is. Remember that the winner made headlines and/or played matches during the calendar week of Feb. 16-22.

2 seasons ago they were in Serie B and now they are on the cusp of a Champions League spot.  Genoa currently sit in 5th place 1 point behind Fiorentina for the last Champions League spot.  On Sunday, Il Grifone notched the most impressive win of the week by defeating Napoli 1-0 in Napoli.  Serbian midfielder Boško Jankovic, on loan from Palermo, scored in the 69th minute for the victory.  Genoa rebounded nicely after blowing a 3 goal lead last week versus Fiorentina.  If they maintain their current form they will end up in a European competition next year.  For their 1-0 road victory, Genoa Cricket and Football Club is the Week 25 Serie A Team Of The Week.